Favorite Quote:
"Be who you are and say what you feel. Those who mind don't matter, and those who matter don't mind." -Dr. Suess

Mallory was an evil wizard. No one knew it, but she used dark magic. During lunch time everyone thought that the food tasted much better than usual. Everything was going smoothly until an hour later, everyone had turned into pigs. The worst pig was named, Reed. Everybody hated him because he was the nastiest jerk ever. Mallory was planning to turn him into bacon. The teachers had no idea what was going on and honestly, they really didn't care. The next day everyone was a frog. Then everyone was a bunny. Then a giraffe. Nobody could do anything about it. One day, Reed decided to do something about this so everyone would like him. He made a special potion with his dad that would cure everyone. The next day during lunch, the food tasted extremely gross. Six hours later, no one were themselves.

Daniel was a rainbow ninja.
Maari was a brick house.
Brandy was a giant.
Nyalah was an angel.
Katniss was a sparkly rainbow ninja unicorn.
Quincy was a can of corn.
Ryan was a unicorn.
Curtis was the bad guy.

Now the whole school was steaming. Smoke blew out of their ears and faces turned as red as tomatoes. They were going to get Reed.

Katniss held a meeting for all the students. She was going to talk about how they should get back at Reed. After the meeting, some suggestions were:
Turning him into a sausage.
Lighting him on fire.
Trapping him in a cage for a month.
Taking his karate skills away.
Making him a midget.
Forcing him to eat fast food for nine strait years.

Then there was an ultimate plan. Something that would require everyone to help out with. That plan could change his life forever. 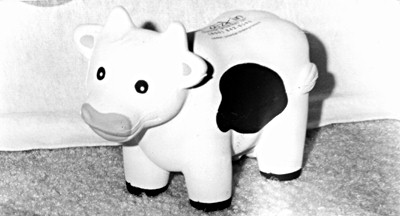 The author's comments:
The sequel to Noodles one and two. Most sequels stop after the third but this will have two more at the least and about...
2,248 at the most.
The picture I chose isn't...Fitting to most people, but in my world, it's perfect!
Post a comment
Submit your own