"Admitting You Have a Problem is the First Step." | Teen Ink

"Admitting You Have a Problem is the First Step."

“The first step is admitting you have a problem.” I’ve heard that phrased in so many different ways in my life. Oftentimes, the person saying that was trying to tell me something. I’ve never done anything about it though; however, today I’m planning on doing something, taking action. And here you go, absolutely terrified. That’s normal though; telling someone, confessing this problem, will change my life. The teachers should be interesting… some of them will be sympathetic, but some of them will most defiantly become more hateful. Friends might look at me differently, the people in church might be appalled. But won’t it be worth it? Giving up this worry, this lingering feeling that something is, in fact, seriously wrong with me. Confessing this will remove that, and if something is wrong, at least I’ll know. And when you find out this is completely normal, you’re going to feel and look like an idiot. But if something is wrong with me, at least I’ll know. And then you’ll feel like a freak and pull away from people even more. What you don’t know, doesn’t hurt you. And if something was wrong, don’t you think We’d know? But We don’t, do We? That’s why I’m going to do this, I’m going to ask. But if they tell you something is wrong, then you’ll want to fix it, like you always do. And that would mean- that would mean, that I would know. After that, … well, we’ll – I’ll figure out what to do. I’m not going to decide anything until I know something’s wrong. I’m not planning anything yet. Yet. Yes, yet. Not until I find out what the doctor thinks. Doctors are quacks. They always find something wrong, no matter how good of a condition you’re in. How would you know? You’ve never been to a doctor? I’m at one now, aren’t I? Not by choice. But I’m here. Wait – the doctor’s here. Don’t do it. You can still walk away – ignorance is bliss. You don’t need to know. “So, how are you today?” Just walk away. Tell him nothing’s wrong, and just leave. You don’t want to know what he’s going to say. He’s looking at me, he’s waiting for an answer. Just smile, say you needed a checkup for school, that you’re planning on doing sports! Lie, get out of here while there’s still a chance! “Meagan?” The doctor’s voice draws me back to reality. I manage a shaky smile, GET OUT OF HERE! There’s still a chance! Don’t tell him, just go!
“Hi, Doctor Mallard. I think… I have a problem.” 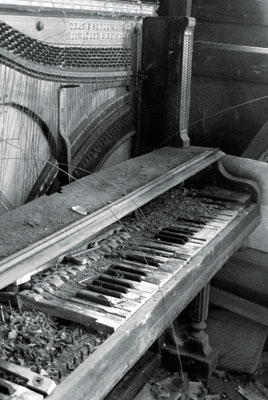 The author's comments:
Umm... I don't know if the italics came out right, if not than this peice is gonna be super confusing. Anywho, this is fiction (obviously, it is in the fiction section...). Soooo, yeah. Feedback is always appreciated! :]
Post a comment
Submit your own

View profile
GAH!!! D:  soo... the voice in my head (the one arguing to leave) was supposed to be in italics to make it clearer... but of course it didnt come out that way. :( sorry! :(