TWO YEARS LATER . . .
Three weeks away from graduation and her birthday, Eliza walked out of class happy. She just found out she was nominated for Homecoming Queen—probably because of her status as “Lost at Sea Girl Found,” and that her mother was it about twenty years prior. She even had a boyfriend, too, named Wyatt Jamison, who Rachel reported was from a “fair and loving family, with a couple of bucks left to spare.” He was smart, and headed for Penn State or Brown, though undecided. Eliza hardly even considered colleges, she discovered that five of her educational years had been much less than standard. But those years didn’t matter; she loved soccer with a passion, and was amazing at it, too. She hoped for a scholarship from Princeton, though with her grades, it was terribly unlikely. Sophie was now almost three and attended preschool classes. Life was good.
Until one week and six days before graduation someone broke into the Westerly house.
“Eliza, I’m scared!” whispered the four kids and baby Sophie, who Robyn was holding tightly.
“Don’t worry, kids,” Eliza replied dismally. “It’s Sophie and I that they want.”
Radley’s eyes lit up. “Why do they want you, Eliza?”
“Because two years ago, I escaped from a place called the Facility, a horrible orphanage in Raleigh. They’ve probably caught on about my whereabouts—you see I stole Sophie, too, because she was too adorable and precious to leave behind—and now I’m going to be taken away. But in one week and six days, I’ll be eighteen, and free. They can’t hold me for long. I’ll see you later, kids. Guard Sophie with your life. She, I’m afraid, isn’t so lucky.”
I joined Robert and Rachel, who were watching the door bang and pound down with a great big ax and a pistol. The intruder, indeed, was Margaret Hemingway.
“Who are you?” asked Robert. “Get out of my house!”
“I am here to collect my escapees, Sophia Lopez and Elizabeth Quinoa.”
“That was two years ago, Margaret! Besides, in one week I’ll be eighteen.”
“But Sophie won’t. I told you there won’t be any second chances, Eliza.”
I shook my head. “Fine, then I’ll adopt Sophie. When I turn eighteen, I’m adopting her.”
Margaret looked totally unsatisfied. “You know how long it took to track you two down? I had to ask a federal favor, look at recent security tapes, look up any suspicious purchases in each town in a four hundred mile radius. It was exhausting work to find two miniscule escapees! I wanted to let you slide, believe me, but corporate wouldn’t allow it. ‘Too much bad publicity,’ they said. Ha! But I have finally got you now.”
“You won’t get anywhere. I’m calling the police, and you’ll be arrested for breaking-and-entering.”
“Than you’ll be arrested for kidnapping!” she spat back.
“No, they won’t,” Eliza insisted. “They’re my family. Sophie and the Westerly’s are the only people I’ve got. Please, I’m begging you—bargain with corporate. Reason with them. Tell them that I am going to adopt Sophie in three weeks, and you can check up on us in a month. I cannot go back to the Facility, and neither can Sophie, for how long we both shall live.”
Margaret rolled her eyes. “All of this work for that? Man, you’ve grown up!”
“And she’s going to be crowned Homecoming Queen!” Rachel chirped in.
“Fine, I’ll see what I can do. I’m coming back here in a month to see if you’ve fallen through with the plan. If I come back and you are all gone, serious warrants will be charged, and every one of you will be arrested, plus Sophie will go back to the Facility. Is that understood?”
Eliza nodded, trying to suppress the amazing emotions she was feeling. For two long years she’d been hiding from Margaret. It used to be a personal thing; Eliza originally ran away for herself, and brought Sophie because she had always been her favorite kid in the Facility’s nursery. But now, seeing what was at stake, looking back, Eliza stayed hidden for Sophie.
A month went by, and corporate allowed Eliza to adopt Sophie. It became official on June 1st—one day after graduation and her birthday, and one week after being crowned Homecoming Queen. For Eliza, it was the biggest honor she’d ever been awarded by a long shot. It was a celebration of adopting a three-year-old, whose first word was “Eliza.” That made fighting for a little girl’s sanity worth everything. 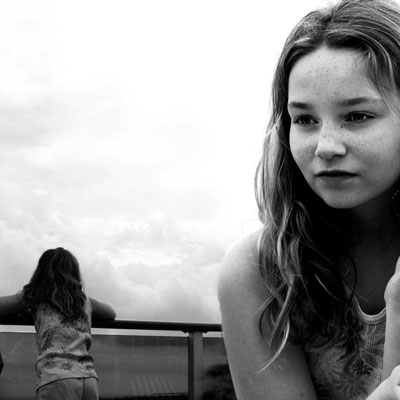 Favorite Quote:
Music can change the world, because it can change people.

View profile
It grabbed my attention with the first sentence!  Great job.  You may want to work on being a little more descriptive.  You are a great writer for your age (whatever your age is).  HEY!  Do you want to check out some of my stuff?  My best article is called "Immortal Tide (story)."  Great job, again.