“You're a good girl,” Dorothy said earnestly, her words slurred. I placed the full spoon back in her bowl. Her watery blue eyes, partially hidden by wrinkles, looked straight at me. She cleared her throat. “You're a good girl. Thank you,” she said. I wiped her nose, whispered a thank you, and refilled the spoon with chicken-­flavored mush.

It was dinnertime in the Reminiscence wing of Sunrise Assisted Living, and the clang and clatter of utensils dominated the scattered voices. This was where the residents with Alzheimer's lived. Occasionally, Gretchen would break out laughing or crying at her table of four. At the largest table, Janie, who was missing part of her arm, kept asking when her sister was coming to take her home. Mitsi would forget she was eating dinner and get up, insisting that she had something important to do. These grandparents, though not my own, changed my view of life immensely.

Having spoonfed a woman six decades older than me, I can't help but notice the parallels between Dorothy and my baby cousin Caleb. Both need help to eat. Neither can walk unassisted. Essentially, Dorothy and Caleb are almost completely helpless without someone to care for them. This dependence must be humiliating for an adult with so many experiences.

Despite these similarities, it seems that grandchildren garner far more attention and love than grandparents. While babies are considered cute for their antics, it scares many to find that their grandparents have become like children. Consequently, many families avoid visiting their elderly, claiming, “He'll forget I was there 10 minutes after I leave.”

This may be true, but according to a study published in the Proceedings of the National Academy of Sciences, the emotions triggered by an experience remain even after the memory is gone. Fifteen minutes after watching clips of tearjerker films, subjects (who suffered from dimentia) were asked about the movies. They responded that they felt sad, even though they didn't remember why; the experimenter concluded that even if a patient forgot his daughter had visited, his happiness would remain for the rest of the day.

My grandfather, who lives in a nursing home in Taiwan, has Alzheimer's too. Since I've met him only a few times, I don't know what he likes, where he has lived, or how he met my grandmother. But knowing Dorothy, Joe, Gretchen, and Mitsi, I feel closer to him because I know how he must feel. Like these women, he is becoming less and less independent.

This must be such a scary experience – to know that you're losing your mind and body but are unable to do anything about it. Some residents who are starting to slip into a severe stage of Alzheimer's seem to be holding onto something. Mitsi worries incessantly that she's missing an important meeting. Jo always wants to go to her room to switch purses. Janie constantly asks when her sister is taking her home. It's as if they are refusing to let the disease steal everything.

When I think about it, I would be scared to death if I was diagnosed with Alzheimer's and admitted to an assisted-living home, knowing that my disease would progress to the degree that I might not be able to control my emotions. Despite this, these women remain determined to fight, clinging to their scant memories, which reflects the strength and love they have for life and their families. Similarly, I'll continue to support them by gaining all the knowledge and skills I can to help.

My experience with these elderly residents has shown me how blessed I am. Though I'm not old and forgetful, I've learned to appreciate the freedom of life unhindered by faulty memory or neurological disorders. I've decided to take full advantage of these blessings – youth, education, and a loving family – so that I can help others. These “others” are definitely not limited to grandparents with Alzheimer's; rather, I want to help those suffering from neurological disorders or accidents live their lives with as much freedom as possible.

I hope that studying health sciences in college will help me find ways to improve these grandparents' memory or stall the progression of Alzhei­mer's. Whether I end up doing medical research or working in a clinic, I want to help our grandparents, who deserve our love and respect.

The next time I go to Taiwan, I want to visit my grandfather, and even though he may not recognize me, I'll leave him smiling for the rest of the day, wondering why he is so happy. 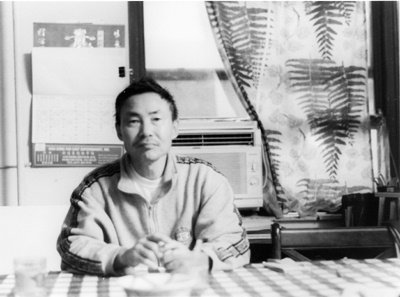 Your essay touched me, I enjoyed it so much. By your detailed description, I can feel the disabilities of those who are infected with Alzheimer.

I used to volunteer at a nursing home nearby my house. Residents there were lovely. Out of sympathy of knowing their lose or miss the beloved one, I voluntarily helped them and had fun with them. Sometimes they were weird, but same as you felt, I would understand them and still help them.

This is a good essay, and wish you good luck with your college.