If you've gone to any sort of music camp, I'm sure you've heard things like "band geek" or "Band camp? Seriously?" Well, let me introduce you to a camp where I consider being a "band geek" an honor.


I've been attending Kansas State Music Camp for four years. Even before I was the age allowed, I was around the camp. The first year that I could participate, I was ecstatic. Getting up at 6:45am for breakfast and rehearsals didn't even bother me. I was that excited.


Close to 100 fifth through twelfth graders attend every year, and after first day auditions, they're separated into two bands.


The Blocher band (named after director Dr. Blocher) is made up of 9th-`12th graders. Dr. Blocher uses his calm voice and helpful hints to make the kids feel welcome and appreciated.


After a few long hours of rehearsal, small ensembles (jazz, woodwind, percussion, etc.), and classes (theory, conducting, jazz improv, etc.) we're released for lunch and recreational time. Though it takes a little while to get used to dorm food, eating with new friends is always a good time. Our recreational time is held at the student union, where arcade games, air hockey, pool, and bowling always give us more energy for the rest of the day's rehearsals.


After our long day of rehearsals and classes, we're released to the dorms at around 8:45. In dorms, we have around an hour to relax and hang out with new friends before getting ready for bed. A few counselors stay on each floor (boys and girls have separate floors) and sometimes let you have room decorating contests! Bringing décor is on your own, but it's definitely worth it!


Only two days after our first practice, we play a concert in the park with the town's municipal band. It's a very relaxed concert, and even begins with a camp picnic.


Halfway through the week, a camp recital and talent show is held in one of the rehearsal halls. Again, it's a very relaxed environment and it's always fun to get up and show-off to your new friends. Virtually anything is allowed, whether it be a trumpet solo, a cool beat you've learned on anything but a drum, or even your flexibility. It's all fun.


The final day of camp includes last minute rehearsals and the final concert starting in the evening. Up to this point, we've all worked as hard as we could and we've met some great friends. After the final concert, it's time to say goodbye. It's always sad saying goodbye to your friends, but at least you know what to look forward to once the next year comes around.


Honestly, Kansas State Music Camp is a highlight of my summer. I look forward to it every summer, and can't wait to see all my friends again. I'll keep coming back to the camp as long as I'm allowed, and I encourage you all to do the same. 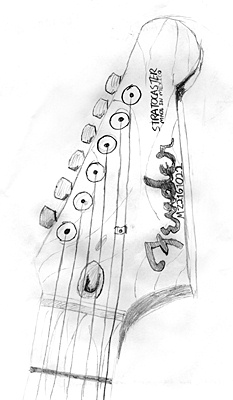 Favorite Quote:
Whoever says sunshine brings happiness has never danced in the rain

Favorite Quote:
Those who reach for the stars should never forget the flowers that bloom at their feet.

Favorite Quote:
"Its not impossible if its me!" haha SGA 2011