From now on “Community” will never be the same. The show's main writer and creator, Dan Harmon, has been fired by NBC. He was responsible for the show's large cult following, but the ratings were never high enough to bring it to primetime.

After a hiatus that lasted months and left fans desperately worried, “Community” was finally renewed for season four. It may have seemed like a small victory at the moment, but it was really a death sentence. The show has been moved to the dreaded Friday time slot, and will need stellar ratings to be continued. The plan from the start was six seasons and a movie, but the future looks grim, so this is a plea from all of us fans: please watch “Community”!

Here is the background: Jeff Winger is a disbarred lawyer attending Greendale Community College, home of the Human Beings, attempting to actually earn his degree this time. In an effort to pick up a girl, Jeff creates a fake study group. A bunch of misfits join: ex-football player Troy Barnes and best friend, Abed Nadir, the senile moist towelette tycoon Pierce Hawthorne, Annie Edison, Shirley Bennet, and Britta Perry, the girl Jeff is chasing. The show follows the study group through life at Greendale, dealing with a crazy, fake Spanish teacher, Senor Chang, and a flamboyant and irritating dean. We see the group become friends, encountering hilarious moments along the way.

One of the best aspects of “Community” is its plethora of pop culture references. Entire episodes sometimes parody other shows or movies. For example, one episode was based on “Law and Order.” Another took a mafia theme and put the group in charge of a dangerous chicken finger cartel in the cafeteria. Some other moments include a pillow fight that engulfs the entire school, and results in a death. And who could forget the famous paintball war episodes that turned Greendale into a battleground.

When you watch “Community,” you truly feel like a part of the study group, and that's what sets it apart from other sit-coms. “Community” has been nominated for a slew of awards. So, do yourself and everyone a favor by catching up on “Community.” The characters, laughs, and story line won't disappoint. When you watch “Community” you join a community of loyal fans, and help us keep this great show on the air. 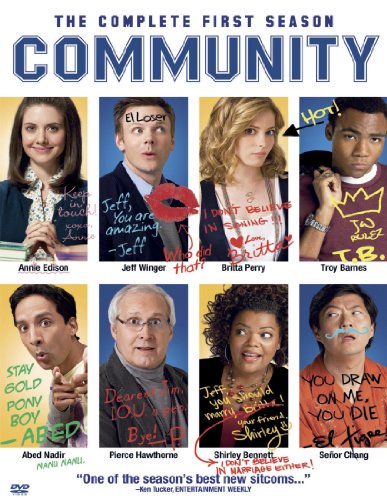 AlaskaFrost GOLD said...
on Nov. 27 2012 at 8:45 pm
AlaskaFrost GOLD, Acushnet, Massachusetts
17 articles 7 photos 131 comments
View profile
YES YES YES! Not enough people watch it! It's such an amazing show and it's so funny!!