Favorite Quote:
"Don't let sooner than you think become later than you hoped."

Watch out CSI! There's a new crime fighter in town, and his name is Richard Castle! ABC's still fairly new show starring Stana Katic and Nathan Fillion started last March as a replacement series, but in the past few months has picked up many viewers as it reaches the halfway point in its second season. Like many other crime shows, you can expect the action, kevlar, and Miranda rights. But Castle has an interesting twist: The main character is a best-selling murder novelist. Bored of writing multiple books in his hit series, Richard Castle (played by Nathan Fillion) decides to kill off his main character, Derrick Storm. Upon searching for a new lead, a murder investigation opens in which the killer seems to be copying Castle's murder scenes. Brought into the investigation for consulting, Castle meets the tough, but savvy female detective Kate Beckett, played by 007's Stana Katic. Castle finds in her the character of his next set of books: Nikki Heat. Using his friendship with the mayor, he wiggles his way into shadowing her on her cases to do "research." And that's only the first episode. Castle takes a new spin on the traditional crime solving shows like CSI and NCIS. The biggest difference between Castle and the more forensic shows is the angle that the lead homicide squad of the 12th precinct takes with Castle at their aid. As a novelist, Castle paints pictures of endless possibilities, marking anyone as a murderer, even the average Joe like the neighbor; "the guy in 8B." And while most other shows focus on stunning you with forensics, Castle surprises you with wit. You never watch the ballistics specialist firing guns, or the forensics team running fingerprint matches. Instead you hear the clever bantering of Castle and Beckett's love/hate relationship, with catchy phrases like "Bam said the lady!" "I really am ruggedly handsome, aren't I?" and "Disapproving. Judgmental. You’re totally my work wife." Castle will keep you guessing and laughing until the last second when all the pieces are finally put together. 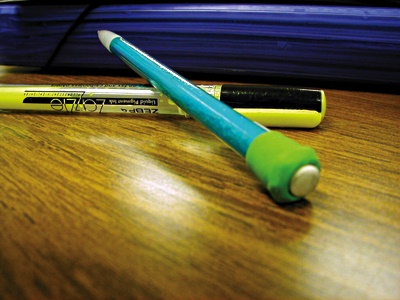 Favorite Quote:
"Don't let sooner than you think become later than you hoped."

I enjoy most of the characters - especially Fillion - although the two sidekick cops are halfway between one and two dimensional, which is annoying.

I like that the show doesn't care so much about solving the crimes - character shows are always great - but, unlike the deteriorating Psych, still manages to be engaging and reasonably intelligent.