From the pilot, Glee was different. A musical dramedy about a show choir breaking stereotypes, it portrays several aspects of the modern teenager. Early plotlines reveal that the stereotypical "popular" girl, Quinn (Dianna Agron), (you know - a blonde cheerleader with a football-playing boyfriend) is pregnant and has to deal with the consequences. Kurt (Chris Colfer) struggles with his sexual identity and discovers that he is homosexual. Rachel Berry (Lea Michele from Spring Awakening) only wants to be accepted by the rest of the high school, but finds this hard due to her intense singaholic nature and aspirations to become a major star. Artie finds himself being ignored or else dubbed a geek due to his disability (he must spend the rest of his life in a wheelchair). Mercedes (Amber Riley), a slightly heavy-set unpopular girl, finds shelter in Glee club where she is free to belt her heart out. Glee follows these teens as they come together through a united interest - singing - and as their devoted teacher, Mr. Schuester, sparks ambition in a bunch of loners and misfits.

Its like a far racier High School Musical meets The Breakfast Club (if they all joined choir) meets your average performing arts high school with a soundtrack filled with everything from "Defying Gravity" to "Halo" to "Don't Stop Believin'". A few episodes ago, the football players learned Beyonce's "Single Ladies" dance and performed it - during a football game. No joke. There were football players in shoulder pads and jerseys swingin' their hips á la Beyonce!

But its not all about the kids -- head of Glee club, Mr. Schuester, struggles with love. He really likes guidance counselor Emma Pillsbury (Jayma Mays) but he's kinda married. To make matters more complicated, his high maintenance, neurotic wife fakes a pregnancy (shhhh - she hasn't told him yet). The poor guy can't get a break! Then when you add characters like cheerleading coach Sue Sylvester (Jane Lynch)...From the first couple of episodes she quipped, "I always thought the desire to procreate showed deep personal weakness," and "I'm going to ask you to smell your armpits. That's the smell of failure, and it's stinking up my office."

This comedy from creator Ryan Murphy is new. Its refreshing, its not like anything else on television. Its for music lovers, adults and teenagers, cynics, and anyone who has every been an outcast or minority. Its not one of those ABC Family teenage dramas; its fun, its light-hearted, its witty, quirky, and sarcastic, but most of all, its pure Glee! 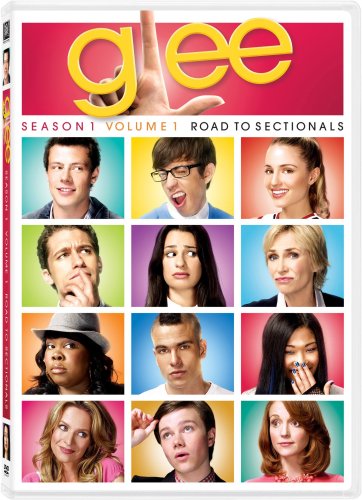 Favorite Quote:
The Cylons have it right. We are the masters of self-destruction.

View profile
Please leave a comment or rate this -- I would love some constructive criticism!