Favorite Quote:
When life gives you lemons, make grape juice, then watch everyone wonder how you did it!

“Tries to be perfect, tries to be honest!” my little brothers sang.

“Urgh, be quiet,” I complained. I didn't bother to ask what the song was- its name or artist. A few months later, I did.

I was at the Revolve Tour and only expecting messages, music that I actually knew, and then packing up to go back home. It turned out that I knew none of the music- absolutely none whatsoever. Everything I heard was rather likeable, however, so I stuck around. It was about an hour later that they first announced the band Hawk Nelson.

I thought that the lead singer's name was Hawk Nelson, I really did. I now know that that's not true. But from the very beginning, something about Hawk Nelson was just… different. They were different from all the other bands I had been watching. Although I knew absolutely nothing about them (or the other bands), I found myself enjoying their music.

The lyrics were just so true and personal- but the best thing was that everyone can probably relate to this. They completely applied to me. Ultimately, it made me remember my past, struggling with that difficult- the â€˜you' being my parents and the rest of the world. This song- a song I barely knew by a band I had just found out about today that I had heard only once- immediately sparked my interest.

As soon as I got home, I tackled my brothers (almost literally) and found out that this song was called “Everything you ever wanted” and that it was actually written from a son's point of view whose parents had just divorced and wants his father back. Although my family life is totally different than the intention of the song, I found myself loving their music.

I then borrowed the album “Smile, it's the end of the world,” from the library and listened to all the songs. They weren't all like “Everything you ever wanted”- personal and all- but they were unique in their own ways and they portrayed their emotions perfectly. It was just that “Everything you ever wanted” was special. I listened to it for weeks, so much that my whole family memorized it. 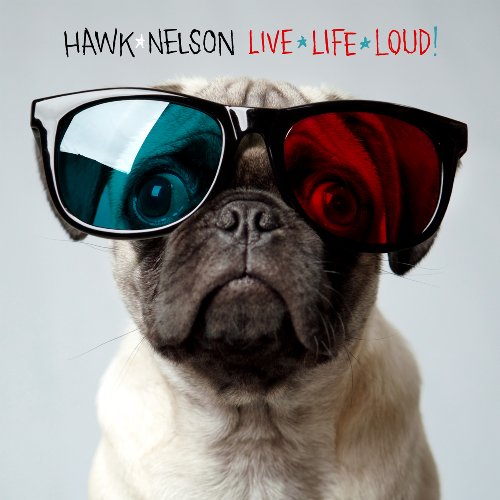 Favorite Quote:
"That's what she said."

View profile
Hawk Nelson is bomb. Their songs are very "up close and personal".
Anna_3701 said...
on Apr. 27 2009 at 11:23 pm
I love Hawk Nelson their music is so uplifting and inspirational. I love listening to them on the days when nothing is going your way because their music always just seems to hit the spot
ReflectionsofYou GOLD said...
on Apr. 23 2009 at 3:42 pm
ReflectionsofYou GOLD, Mason, Tennessee
10 articles 0 photos 107 comments
View profile
I love Hawk Nelson! I found out about it from my brother too. :] I completely relate to that song and many of their other ones. They just get it, and that's why their so good at what they do. They aren't fake, they draw from real pain to make their song personal even though they might not be a real experience they had...
writer009 BRONZE said...
on Apr. 20 2009 at 5:30 pm
writer009 BRONZE, Beebe, Arkansas
4 articles 0 photos 1 comment
View profile
i luv Hawk Nelson! i met the band and they are all really great guys...
bydaystudentbynightwriter said...
on Mar. 17 2009 at 12:00 am
I do love a good Hawk Nelson song. You might like Relient K if you haven't already heard of them. Keep writing reviews. It's nice to see one about a band I actually listen to!
Poetrywritter BRONZE said...
on Mar. 7 2009 at 10:58 pm
Poetrywritter BRONZE, Seneca, South Carolina
2 articles 0 photos 9 comments
View profile
I know i love Halk Nelson too. they are a very good band

I even got the whole bands autograph. Their songs are very impacting on my life.