Favorite Quote:
-There are more things in heaven and earth than are dreamt of in your philosophy. (Shakespeare, Hamlet)

Bum… bum… bum… the scrape of chains against metal. The eerie high-pitched piano, full of sharps and flats, tickles across the raised hair on the backs of necks throughout the audience. There is a moment of silence, the calm before the storm. Then the spotlight hits a lone figure, and the storm begins, slowly pulling you with it until you are buzzing with energy.

So begins the typical Delta Rae concert. The band consists of four lead singers, a bass player, and a drummer. Of the four vocalists, three are siblings; two brothers and their little sister. The North Carolina band was started by Ian (age 28) and Eric (26) Holljes. Soon, they included their sis, Brittany (23) and friend Elizabeth Hopkins. Much of their music, all written by the two brothers, has a distinct wildness to it, such as the songs I Will Never Die and Bottom of the River. However, each of their songs is sung by a different person, with all four joining for the harmonious choruses. The effect is incredible; each singer creates a song with a sound unique to his or her self. Yet even with this variety, the lyrics and musical patterns are all distinctly Delta Rae. There's not a really a specific category in which to put this group; there are accents of rock, pop, and even country and gospel in their music. Each song becomes an intricate piece of art, and the effect is extraordinary. Their lyrics are far more mature and descriptive than almost any other groups you'll find today. Here's an excerpt from Run: "So let’s paint our bodies and chase the sky. The Earth will shake and we’ll wonder why. But if I never know, well, at least I lie with you."

All members of the group are under 30, yet their music resonates with everyone. All age groups were represented at their concerts, and as well as people of all different demographics. Somehow, with such a wide audience and such growing popularity, the band remains in touch with their fans, frequently available for meet and greets after the concerts.

Delta Rae’s seductive music is contagious and has such a variety of themes and melodies that everyone can find something in their songs to love. Their summer tour goes until October and spans from Utah to Massachusetts. 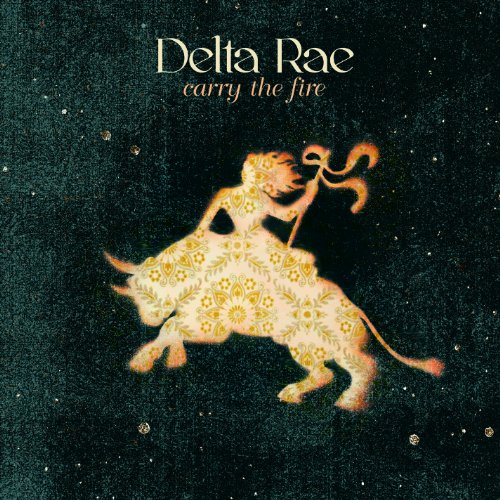 
Buy from Amazon Available on iTunes
The author's comments:
Delta Rae is a fantastic group with a sound that is completely unique in the modern music industry.
Post a comment
Submit your own