Temper Temper by Bullet For My Valentine | Teen Ink

Temper Temper by Bullet For My Valentine

As a huge Bullet For My Valentine fan, I was extremely excited to hear that they were releasing a new album in early 2013. Their first three albums are all quite different from each other so I was eager to hear what the fourth one would sound like. Upon listening to the fourth album, I was disappointed.

Temper Temper is not unique compared to its predecessors. In fact, it sounds similar to BFMV's third album,Fever, in regards to music, and a tad like their second album, Scream Aim Fire, in regards to vocals. There aren't as many guitar riffs or solos that stand out compared to the previous albums. The lyrics and melodies aren't as catchy as usual either.

Altogether, BFMV has gone downhill with their music. Their latest album, Temper Temper, sounds more mainstream than their earlier albums, which were filled with originality.Temper Temper sounds similar to any other new metal-core album released these days. 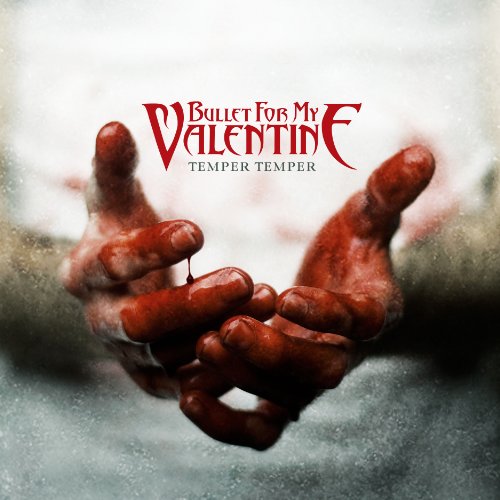 
Buy from Amazon Available on iTunes
The author's comments:
Temper Temper is not what I expected.
Post a comment
Submit your own

Favorite Quote:
" a shattered world is only an opening into a new beginning with laughs, smiles, and love all around enter the world of the light and away from the broken darkness"

View profile
I love bullet for my valentine! and i loved what you had to say about them also thrill about the albums
Mckay ELITE said...
on Apr. 17 2013 at 2:57 pm
Mckay ELITE, Somewhere, Virginia
146 articles 0 photos 2230 comments

Favorite Quote:
"The people who are crazy enough to think they can change the world are the ones who do."
—Apple’s “Think Different” commercial, 1997
“Crazy people are considered mad by the rest of the society only because their intelligence isn't understood.”
― Weihui Zhou

View profile
I don't really know who these guys are; but I'll definitely note your opinion on them. Great review.