Take Me Home by One Direction | Teen Ink

Take Me Home by One Direction

The release of Take Me Home was a big thing among Directioners. Prior to releasing their sophomore album, the five boys of the phenomenally popular British-Irish boy band released a couple of singles- Live While We're Young and Little Things. LWWY was a preppy, youthful, rather shallow track. "I wanna live while we're young"-a shoutout to the teenagers who have YOLO(You Only Live Once) as their motto. The music was upbeat, catchy and the video was great. As for Little Things, I think it's one of the most beautiful songs ever. The lyrics, written by Ed Sheeran, make me want to smile and cry at once. They can make any girl feel beautiful. Zayn starts the song..."Your hand fit is into mine like its made just for me" he croons in his lovely voice.As Ed had promised, it was a list of things he appreciated most about a girl,and they were the most unexpected things-"freckles on your face","crinkles by you eyes when you smile". He loves this girl, even though she has to "squeeze into her jeans", even though she has "dimples on (her) back" Little Things was a totally different kind of a song-more mature than what the young members of 1D usually sing. The intro is beautiful, as is the music...slow, soft, melodious. Take Me Home was much on the lines of the first album, Up All Night. Youthful music, and all the songs are about girls. There's Rock Me,which begins with Harry reminiscing about "Summer '09". Its the chorus that's the highlight of the song, as the boys belt out "I want you to rock me,rock me, rock me" with zest. I Would, with its simple tune and rather childish lyrics is both hilarious and sweet.They Don't Know About Us is beautiful,a slow song as is Summer Love.All the songs have excellent music, the boys' voices sound perfect- and quite a few have good lyrics to boot. (Think Change My Mind, Over Again,Last First Kiss).On the down side, the boys haven't grown up much since UAN...so their music is appealing mostly to teenage girls. But then again, that's the target audience- and God, don't they love 1D! After all, they sing what every teen girl wants to hear- be it "You're perfect to me"( Little Things) or "You don't know you're beautiful"(What Makes You Beautiful from UAN)or "Let me be your last first kiss"(Last First Kiss).The boys, with their maddeningly good looks,amazing voices and awesome personalities have most young girls falling in love with them! 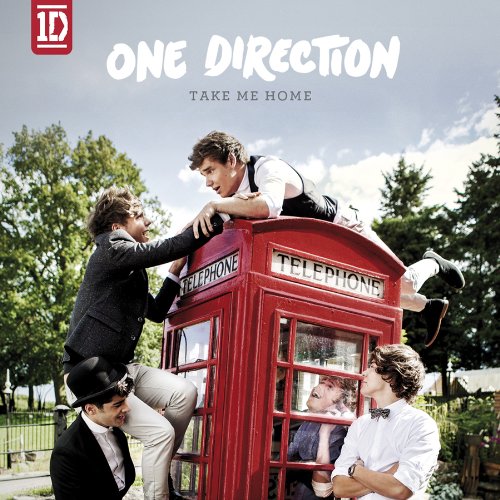