Adele. How would you think of her?
A beautiful, insanely talented young woman who was the Star of the Grammys this year.
A woman who played up her heartbreak to her advantage! For, if she had not gone through it, we wouldn't have heard Rolling In The Deep. Or Someone Like You. For these songs are indescribable.
Even though I use the word I'm still going to have a shot at describing.
Rolling in The Deep is truly a song of a woman who is not reeling helplessly after being deserted. It is a song of power. This is a woman facing life and living it up. Or down."Turn my sorrow into treasure trove" she declares and reminds "Don't forget the things that I'll do". So much for the lyrics. The music-it's darkly upbeat and ... well, it's amazing.
Someone Like You is, perhaps a bit submissive and defeated. But with those beautiful lyrics that bring the tears to your eyes, the mellifluous melody and the way Adele croons " sometimes in love it lasts and sometimes it hurts instead"- who's complaining?
So much for the Grammy winning songs. But even before 21...Adele was Already Awesome. She had released 19...19 with numbers like "Make You Feel My Love" and "Cold Shoulder". She was romantic all right. "Crazy For You" -she had sang!19 was however not as chock-full of love songs or breakup songs as 21. There was Hometown Glory- the poignant, melodious reminiscence of her hometown.And her past.
"Right As Rain" was darkly upbeat- a style she would return to in Rolling In The Deep.
It was in 2011, three years after 19 that 21 was released.
A word that describes the album is 'melancholy'. Another- a phrase, not a word, is "freakin' awesome".
Besides the already-mentioned Grammy winners,
it has other masterpieces like He Won't Go, Set Fire To The Rain among others. But I"M reviewing...and a review can't very well be a piece of fan write-up. It has to criticize. List the good and the bad. All the bad i can say is 21's maybe a trifle too romantic and so- sad. It strikes a chord all right.
Maybe the boldest, the most daring rendition is One And Only- rhythmic once more with an almost challenging undertone.
Altogether, Adele is amazing. She's the woman who can rock the Grammy s and the cover of Vogue. From 19 to 21, she displays how amazingly talented she is. With her strong, beautiful and powerful voice she is one of the best singers of contemporary times. 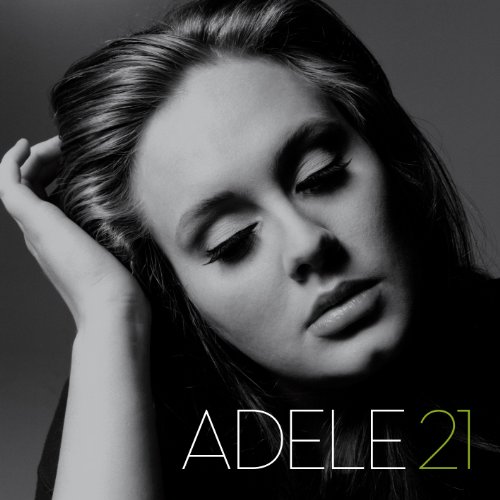 
Buy from Amazon Available on iTunes
The author's comments:
Let's just say-I love Adele. I love her songs, her lyrics, how she says she makes music for the ears and not the eyes.
Post a comment
Submit your own

Favorite Quote:
Every end is a new beginning;
What a caterpillar calls an end the rest of the world calls a butterfly;
"Begining are normally sacary endings are normally sad,
it's in the middle which makes life worth living"