Ben Kweller was exposed to music at a very young age, and since, it has been his life. It has influenced him more than anything else probably ever could. He has his own distinct style of not forgetting the classics and his music reflects that of good old tunes from yester-years, and everyone knows that nobody can beat that classic sound.

“Sha Sha” is probably his key album, the one everyone refers to when they hear his name. It was his debut album starting his solo career as a musician after leaving his band called Radish.

Track one is entitled “How It Should Be (Sha Sha).” The track begins with a toe tapping piano riff and it continues throughout the first verse. Ben comes in singing about random things like being a movie star and asteroids. He is the only one who could ever pull this off. He has the most unique vocals that really stand out to the listener. Once a person listens to Ben Kweller, they will always be able to tell when they're hearing him again in the future. The song continues with the piano riff throughout the song, which is only about one minute long, but he really makes it count.

“Wasted and Ready is track two on the “Sha Sha” album. This is probably one of his most popular songs. It starts out with faint guitar sounds and begins with different instruments than you would hear in any other alternative song such as this. It is one of his more classic sounding tracks that is sure to get stuck in the listeners head very easily with his use of clever rhymes and simple lyrics.


Everyone knows that the simple “bop bops” are always going to be around when listening to almost any genre of music. They're short, sweet and simple and everyone loves to hear them. These “bop bops” create the beginning of “Family Tree”, the third track on the album. This is one of those cheek jerker songs. By that, I mean that the listener can't help but smile when they hear the song.


Ben Kweller and other artists who possess distinct voices like his could only pull off random words and rambling. In “Commerce, TX” he begins talking about bad flavors and dirty clothes. This is very intriguing to the listener because they have probably never heard anything quite like this.

One of the most beautifully placed piano melodies I have ever heard can be found in the song “In Other Words”. The song is one of the most beautiful I've ever heard. It's the type of song that could put one to sleep. Everyone who knows of Ben Kweller will agree with me when I say that this song shows how much of a genius Ben is when it comes to writing songs and music.

“Walk on Me” is one of Bens catchier songs that could drive someone crazy all day. But, it isn't really one of his most popular songs. Really not one of everybody's favorites. But it is still a great song.

“Make It Up”, like “Wasted and Ready”, also reflects that classic rock sound that Ben is so good at creating. It stars out with faint guitars once again but is more along the lines of a slow tune that one could listen to in order to wind down or relax. The lyrics, once again, never cease to amaze. When listening to “Make it Up”, the listener can hear the passion he has for his own music through the way is voice sounds.

“No Reason” is almost discussing how times have changed. He sings of the new technology of being on Mars and how the teenagers and adolescence of modern day are much different from not so long ago in their morality. This is one of his more louder and alternative songs.


Ben Kweller's song entitled “Lizzy” is actually written about his wife named Lizzy. He sings of her in many of his songs on all of his other albums as well, including “On My Way” on the “On My Way” album and “Thirteen” on his self-titled album. It's incredible how much love he has for her. She it truly a very lucky woman.


“Harriet's Got A Song” comes off as a tiny bit explicit in the beginning of the track. Ben has quite a mouth on him, but the listener shouldn't really care about that. It is how he is expressing himself. It's almost his trademark personality. “Harriet's Got A Song” is quite long with repeating “doot doo's” and guitar riffs. Again, he makes no sense in his lyrics.


The last track of the album is titled “Falling”. This song is one of his most known and probably most recognizable of any of Ben Kweller's songs. It starts with a very distinct piano solo and him coming in with the first verse. This song is most likely talking about his coming home to whenever he is on tour. Ben Kweller was born and raised in Greenville, Texas, but now resides with his wife Lizzy in New York, New York. The song also talks about New York by talking about Central Park.


Ben Kweller is an extremely admirable talent. If you haven't given him a listen, take my word for it, you will never hear anything like him. 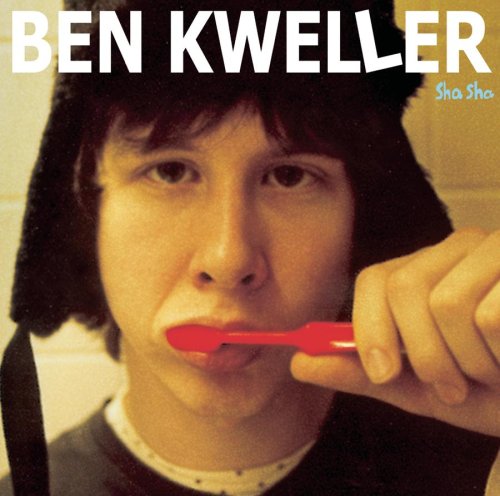