Bam! The lights go off and the count down begins. In five seconds one of the world's biggest rock bands takes the stage. The crowd is a monster, roaring as loud as it can in anticipation. Bam! Another explosion shakes the building. Fireworks fly into the air, guitars begin to go through chords, and Nickelback takes the stage.

I was lucky enough to see them twice this year, once front row, and I must say Nickelback never disappoints. When you go to a Nickelback concert you are thrown into a world full of heavy guitars, power ballads, pyrotechnics, and vulgar language. Through my experiences with this act I can tell you that if you are looking for a great rock concert, Nickelback is the perfect performance to see.

Nickelback became well known in 2001 when their breakthrough hit “How You Remind Me” was released. Since then it has been hit after hit after hit for the quartet. Hit songs in their concert set list include, “Too Bad”, “How You Remind Me”, “Someday”, “If Everyone Cared”, “Far Away”, “Savin Me”, “Animals”, Rockstar”, “Gotta Be Somebody”, and “If Today Was Your Last Day,” as well as many other great songs. They also do cover songs from AC/DC, Kings of Leon, and a cover no one saw coming, Garth Brooks' “I Got Friends In Low Places.” The set list has a total of seventeen songs.

Honestly, I believe that even if Nickelback wasn't there, you would still have a great time only because the stage has everything you need for a Fourth of July celebration! The fireworks and light show are absolutely flawless. You can feel the flames as they fly into the air and you will be amazed by the perfect timing of the lights with the music. The pyrotechnics and light show are what separates this show from any other, and I have seen my fair share of concerts.

What impresses me the most about their concerts is the way the band interacts with the crowd. Nickelback's lead singer, Chad Kroeger, is constantly communicating with the crowd. To my surprise, he comes off as a normal guy making jokes and just trying to have a good time. The way he talks to the crowd gives you the feeling that you are a part of the concert, which I think is a great feeling.

If you like their music, Nickelback will give you one of the best concerts you will ever see. They are true performers who know how to please their fans and, once again, they never disappoint. But if you are easily offended by vulgar language, this may not be the best concert for you. 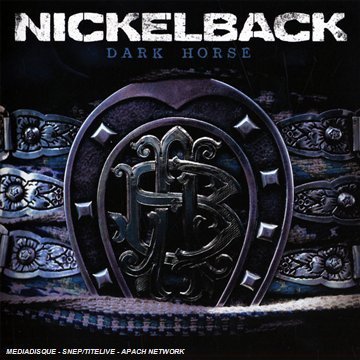 
Buy from Amazon Available on iTunes
The author's comments:
I have never seen a better concert. If you want to see a great rock concert go see Nickelback!
Post a comment
Submit your own

View profile
Your lucky you got to go i love nickleback. I love what you said it makes me wish i was there