Many have told me that my sense of taste in everything, including music is one of a kind. I prefer listening to 'undiscovered gems' which gets controversy aroused due to not listening completely- music that people would say when they hear it, "What's that song? It sounds so beautiful. And I feel that I have listened to it"

Maya Angelou once said, "Music was my refuge. I could crawl into the space between the notes and curl my back to loneliness." I too feel the same at times. Music does not need a language to heal our hearts. Since I heard the quote and realised its meaning, I had to check out music in other languages and that is how I got obsessed with the Syrian Singer, Rasha Rizk.

I decided to go with Arabic songs as I has an Arabic friend. I asked him to recommend a Great Arabic singer (he told me about Rasha Rizk) and I got to know that she worked in Venus Centre, which is a Syrian cartoon dubbing Company (which dubbed Anime too) and she sang arabic theme songs for the Japanese theme songs in Anime which was worth looking into as it sounded fascinating. He also said that Rasha was a Syrian but she spent most of her time in France, the country of love. That was more fascinating.

I googled pictures of Rasha and Wow! There she was, smiling, so natural and there were multitudinous snapshots of her being so formal than ever. I decided to listen to her voice and thus, watched her popular hit, 'Sakru Chababik' (which means 'close the windows') from her popular album 'Malak' (which means 'Angel'). I thought that Arabic music was full of howling and stuff but let's just say, I was wrong. Rasha's songs were a colourful mixture of rock, pop, jazz and smooth acoustic music too, of course not like the stupid stereotype, but the best of the best.

Moreover, Rasha also does possess a superpower, which is attracting the hearts of other people, including teenagers to her music. According to Arabs, Rasha is so celebrated in Middle East for co-writing and singing the theme songs for many shows in Spacetoon TV channel which is the most popular Kids and Teens TV channel there and her voice is considered to be a symbol of the good times for the Arabs who grew up watching Spacetoon. That is why my Arab friend recommended Rasha amidst many Arabian singers.

What makes Rasha outstand, you may ask? The harmony, the symphony of her songs, everything is perfectly wonderful. Not only that but also the meanings carried out by the lyrics make you feel so related to it (English translation is available in many of her songs) and also the way she sings in the voice of a little girl or a grown woman, according to the situation of the song, it gets her the spotlight.

Rasha also has an amazing style. I bet that you cannot easily find anyone who wears glamorous gowns of unique designs for their concerts. Recently, in about October 2021, Rasha wore a splendid dress for the opening concert of the Riyadh Toy Festival in Saudi Arabia, in which she sang many of her stunning, crowd-pleasing songs.

Finally yet importantly, Rasha also does love her fans a lot and pays her gratitude to them in social media.

So, check out our Syrian Singing Star in France, the one and only Rasha Rizk. 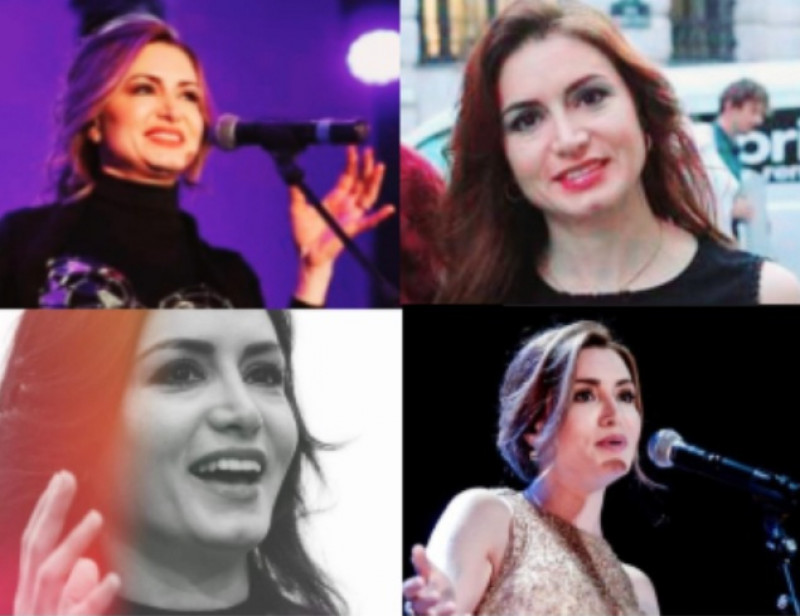 Rasha Rizk is one of my favourite singers ever...So, I decided to tell you guys about her...I bet you shall get RAS(Rasha Addiction Syndrome) after you listen to her music...Enjoy!!!

View profile
She sings well and I know that music doesn't need a language but still I wish that she sings English songs. She's really talented and her vocals are out of this world, I like the harmony and the melody of her songs too but the thing is, I cannot memorise the arabic lyrics. I think she has only sang the thanksgiving song in English. I really want her to sing English songs. She deserves to be really popular. Only if she sang English songs.
I might sound crazy but what to do, I want taki taki, despacito and all those beautiful j-pop songs to be fully in English. So hard to memorize them in their respective languages.
Do you listen to jpop? If you don't, listen to Distance by suzuki airi. The tune and meaning is beautiful. But, like I said, you'll have a hard time with the lyrics
Afra DIAMOND said...
on Jan. 17 at 12:59 am
Afra DIAMOND, Kandy, Other
64 articles 6 photos 1424 comments

View profile
Rasha Rizk has wonderful vocals. Oh My Gosh!!! I listened to her and her voice is like heaven. Thanks for your recommendation.