A review of the Dark Knight Rises must begin and end - not with Batman, or Alfred, or Bane - but with Detective John Blake. Christian Bale (Batman) growls convincingly throughout. Michael Caine's (Alfred) cockney never falters. Gary Oldman (Bane) croons just loud enough to be heard over his mask. However Joseph Gordon Levitt's character - even though he may not have been on a billboard or gotten more than three seconds in the trailer - relentless struggle for justice will ultimately be remembered long after the credits role.

In “The Dark Knight Rises”, the villain of the film, Bane, conquers Gotham. He imprisons thousands of cops in the sewers. He scours the city for any cop who roams free. He unleashes every prisoner in death row. He blows up the bridges cutting off any hope of evacuation. He publicly hangs those who oppose him. To put the cherry on top, he flaunts an atom bomb that will irreversible detonate and incinerate everyone in the city. What does Detective John Blake do in response? Jump in a bed and cower under the covers? Lock himself in a closet? Party it up while the getting is good? No. He grabs a shotgun and races to defend the life of his wounded hero Commissioner Gordon.

For a character to be memorable, he must be human, and he must preform above and beyond human expectations. John Blake loses both his parents, and then loses both his foster parents. His attempts to free the cops of Gotham fail, and fail with a vengeance. When he kills his first man, his contorted expression assures us John Blake will never be the same. Christopher Nolan presents John Blake as not only human, but also as a victim of fate. And Joseph Gordon-Levitt plays this role passionately and convincingly.

Humanity is a curse, a weakness, a hurdle. The more human a character is, the more we cheer him on when he overcomes and preforms above and beyond our expectations. The corollary of humanity is life, and the more a character suffers from the slings and arrows of outrageous fortune, the more we aspire to his success; his success in responding morally and commendably.

To understand the role John Blake plays in “The Dark Knight Rises” we must compare him with the second hero of the film, Bruce Wayne. In Batman Begins, Bruce Wayne finds purpose in life as Batman, a benevolent archangel for the oppressed and a demon of fear for the criminal. In the Dark Knight movie, Bruce Wayne's Batman fails. The reputation of the Batman is shattered by taking the fall for Harvey Dent's murder, and the strength of the Batman fails to save Bruce Wayne's girlfriend. The Batman failed, and Bruce Wayne has no real life to fall back on. In the Dark Knight Rises Bruce Wayne must learn to value his own life, not for himself, but because his life, and his talents, and his legacy, and his Batman are valuable to he people of Gotham. In short, he must become a John Blake, who believes in himself because he believes in his vision.

The villainy of Bane is interesting in theory but not in aesthetics and entertainment. Bane's physical strength represents the strength of the people, his crime is communism and anarchy, and his bomb represents the instability and insincerity of his ideas. The movie tell the story of the French and Communist revolutions. The movie dares to warn of communism in a time when the United States flees from fascism.

However, the scale's to big to be personal . The explosions are tiny. Trapping the police underground is only slightly believable. Bane's tanks are just camouflage copies of Batman's tumbler. To compare Bane with Nolan's other villains, Banes demolition of a football field doesn't shock the audience nearly as much as the Joker's bombing of a hospital. Before the kill, the Scarecrow dons a chillingly simple and disturbing mask, the Joker lies about the graphic horrors of his childhood, and Bane...well he prefers a conversational and soothing tone. The Scarecrow lit Batman on fire and threw him out of a window, the Joker slammed a pencil through someones brain, and Bane...he specializes in neck snapping. Never heard of that before. And to add to this, his villainy drags on for two and a half hours, whereas the Joker and the Scarecrow terrify in far less time and far more effectively. In short, Bane's just not radical enough to be disturbing.

I read movie reviews to muse over contradicting opinions, to cheer on clearly stated truths, to admire nuanced insights, to discover cross-media connections, and to edit my own thesis of the movie. But let's be honest. Why do we read movie reviews. We want to learn the story. They want to learn if the story's worth a nine dollar and something movie ticket. In the case of “The Dark Knight Rises”, whether or not the movies worth a dollar rental or four bucks of gasoline to drive to the library. The answer is a definitive yes. Why? Because of Joseph Gordon-Levitt's John Blake. 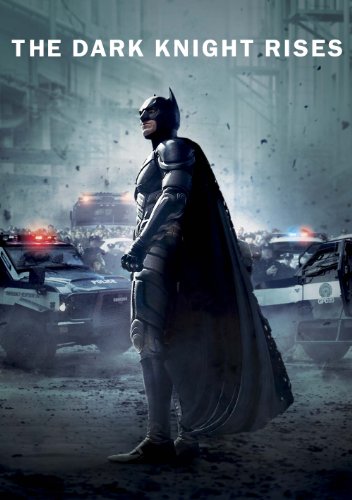