Favorite Quote:
"After all, tomorrow is another day" -- Scarlett O'Hara

"I am a great believer in luck, and I find the harder I work the more I have of it." -- Stephen Leacock

Before the big opening night, quite a few people were excited to see the Tim Burton’s version of the classic tale by Lewis Carroll– Alice in Wonderland. Many people expected to see a retelling of the original story, but Burton’s Alice in Wonderland was rather different; a better title would have been Alice’s Return to Wonderland.

Tim Burton is known for oddball movies: Edward Scissorhands, Beetlejuice, The Corpse Bride and many more. It is no surprise to see him direct a fantasy movie such as this one. Johnny Depp, who is also known for his role in queer pictures, contributed his acting skills in Alice in Wonderland. In fact, Burton gave Depp his first major movie role as the robot in Edward Scissorhands.

Other Hollywood veterans like Helena Bonham Carter, Anne Hathaway and Alan Rickman were also in this production. Carter, especially, was quite impressive in her portrayal of the antagonist – The Red Queen.

Originally, the Queen of Hearts from Alice in Wonderland and the Red Queen from the sequel, Through the Looking Glass are two completely different characters. But in this movie the two are combined to make a giant headed Queen who bore an eerie resemblance to Elizabeth I (coincidently, the Red Queen is called Iracebeth)

The story starts with young Alice Kinsley telling her adventurous father that she dreamt of falling into a rabbit hole. Then the story moves into thirteen years later, when Alice and her mother (her father apparently passed away) attend a party. When Hamish (a wannabe “beau” to Alice) proposes to her, she gets confused and runs to the gardens to think. Then she spots the White Rabbit, holding a pocket watch, she follows it and falls down the rabbit hole.

Once she enters Wonderland, she slowly remembers her dreams from childhood. She continues to believe Wonderland is her dream, but half through the movie she starts to think it might be real after all. Throughout the rest of the movie, she helps the Mad Hatter (Johnny Depp) and the Underland Underground Resistance to overthrow the Red Queen’s evil reign and put the kind White Queen (Anne Hathaway) back on the throne.

The visual effects were stunning, especially in 3-D. The plot was not too bad, but it was not unforgettable either. From all the anticipation it got before the opening night, the actual thing really did not meet expectations. No fault of the actors, even newcomer Mia Wasikowska did a decent job in her portrayal of the clever, untraditional Alice. But the story line lacked soul, it was not that it did not have it, there just wasn’t enough. As well, the plot seemed a little simple, with an equally simple theme, quite contrary to Burton’s other works.

The comic relief was mainly in Carter’s Red Queen. It was funny and sad how the Red Queen picks on all the animals and how she tortures almost everyone. But it was hard to remain serious with her big head floating on her relatively tiny body. The White Queen, who was supposed to be “normal”, was not quite normal thanks to her dangling arms. The more you look at her, the more you want to laugh at her arms’ awkward positions.

On the whole, the movie was a pleasurable treat to the eyes. It is hardly Oscar-worthy, but definitely not Razzie-worthy. 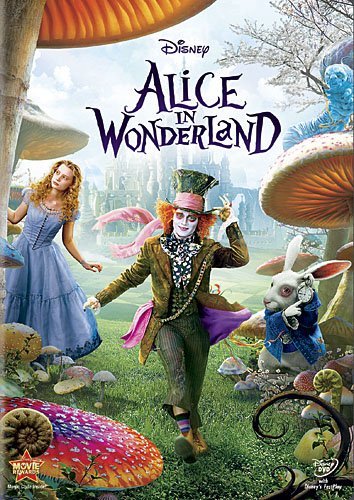