There Will Be Blood | Teen Ink

There Will Be Blood

Favorite Quote:
"To be great is to be misunderstood" - Ralph Waldo Emerson

Before I begin, I'd like to point out this is actually a re-watch for me. I originally saw Paul Thomas Anderson's There Will Be Blood - very loosely based on Upton Sinclair's Oil! - back when it was first released on DVD, sometime around late 2007. This was back when hype for the film was still immensely huge, with critics raving for this movie all over the place. Back then, I was still a person who only liked the movies when the critics liked them, never forming my own opinion but morphing a copy of the said reviews. This isn't to say I didn't enjoy this film when I first saw it, because I really, really loved it, but I don't believe I liked the film for all of the right reasons. I'd now like to present my revised review of There Will Be Blood, which I can only hope is actually a good read for you people.

The main character of the film is Daniel Plainview, who begins his soon-to-be huge career as a typical miner. However, after finding success with gold and oil in a crude dig, Daniel evolves into a corrupt, greedy, and malicious executive, digging for oil anywhere where he can best benefit. Alongside Daniel is his adopted son, H.W, who was the late child of a worker for Mr. Plainview.

The film is very character-driven, with most interesting aspect of the film - in my opinion - being the conflict between Daniel Plainview and Eli Sunday, a self-righteous religious zealot who believes that the drilling in his village should benefit his church. Both of these lead characters are both very deceitful and untrustworthy, making it so that there is no "good" or "white" morality in the town. Only mixtures of black and gray, much like the dark oil Plainview digs for. For instance, there's one point in the film where Daniel literally allows someone else to check on his son, who had just been injured, because he wanted to watch his oil-tower burn - a sign of there being "an ocean of oil" under their feet. Daniel Plainview is selfish, stubborn, short-tempered, and shows all too well how the machinations of capitalism can corrupt a man.

Eli is also a very mistrustful individual, hiding his sins behind what he believes God wants. He holds sway over his congregation as well, making showful, bizarre, and flamboyant sermons. In which, he claims to outcast demons, diseases,and all other plagues of life. However, his well-going church manner is not completely him, as Eli is shown throwing tantrums in his family home - to the point of beating his father to the ground, all the while calling him an idiot and a fool.

Both Daniel-Day Lewis and Paul Dano give brilliant performances as these characters, far outshining many of the other actors/actresses. This doesn't necessarily mean the others are bad, but they just can't even compare to these two.

However, the film does carry some real problems. Firstly, the pacing is incredibly slow during the first 45 minutes of the film. INCREDIBLY SLOW. While I'm usually a fan of the more slower-paced films, this one took it way too far. I understand trying to establish character, setting, plot, and all that. However, an hour is far too long for a film, with typical films usually being halfway over at this point, to try and establish itself. Also, while the title reveals that there will be a climax to all of the well-developed tension of the movie, the end result is simply...OK. It does deliver on its promise, but it felt somewhat petty when compared to the grand nature of the rest of the film.

The soundtrack is pretty good as well, with the best parts being around the part of the burning oil-tower. The drums added a sense of drama to it, building up as things just got more and more out of hand.

In the end, I didn't like the film as much as I did upon the first viewing. Granted, it's a great movie but it wasn't the "classic" I, and the critics, made it out to be. I do have to applaud, however, that the film still maintains to be great, as the hype for this movie now begins to simmer down. It's no classic, but There Will Be Blood is a dramatic tale of greed, human folly, and the downward spiral of the wealthy. 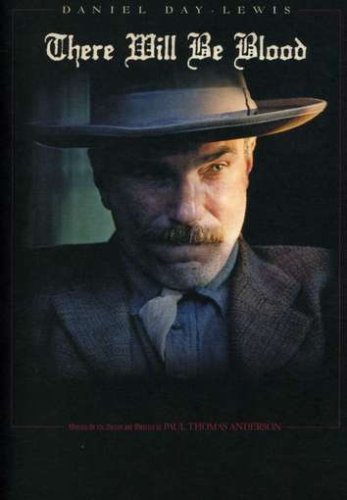