Every day, many types of movies are released in many genres and multiple languages. Some movies may grow old but still remain gold. Some movies might be overrated and some might be underrated but every movie has its one sparkle and shimmer. Still, a movie that captured my heart is Switched.

Switched, which was released in 2020, is about an unpopular girl named Cassandra Evans who is bullied by the most popular girl Katie Sharp. Cassandra, the protagonist, wishes that Katie Sharp must know how it feels to walk in her shoes and thus, her wish is granted when she finds their bodies switched. The rest of the story flows on how Cassandra lives Katie's life and vice-versa and how the girls go through friendships and conflicts among each other and finally but unexpectedly, get a solution for their problem.

Switched, a wonderful movie with a phenomenal cast- starring Miya Horcher as Cassandra Evans, Madeleine Byrne as Katie Sharp, Daniel Chioco as Clay Evans and so, actively portrays that kindness is your medicine during the most painful times and friendship, it is the best gift in the world. I loved Clay's(Cassandra's brother's) point of view in the movie for described that if we stay silent in the hardest of times, the problem would get solved on its own. And yes, it finally got solved.

My favourite part of the movie is when Cassandra(in the body of Katie) gets Katie's social media account and puts up a video saying, "I'm Cassandra Evans. I mean everyone is Cassandra Evans." That shows her voice towards all the girls who get bullied. She wants them not to worry about it and that's what makes her special. I think that part is simply amazing because Cassandra spoke with a hidden but wonderful meaning.

Out of many movies that I've seen, switched is one of the best of the best movies ever. It tells a moving story about kindness, fame and friendship, all blended as one in the voice of an unpopular girl. As Cassandra and Katie learn to see the world in a new way and appreciate what they have, you'll find out that their life-story would stay with you, even after the credits. So, check it out. 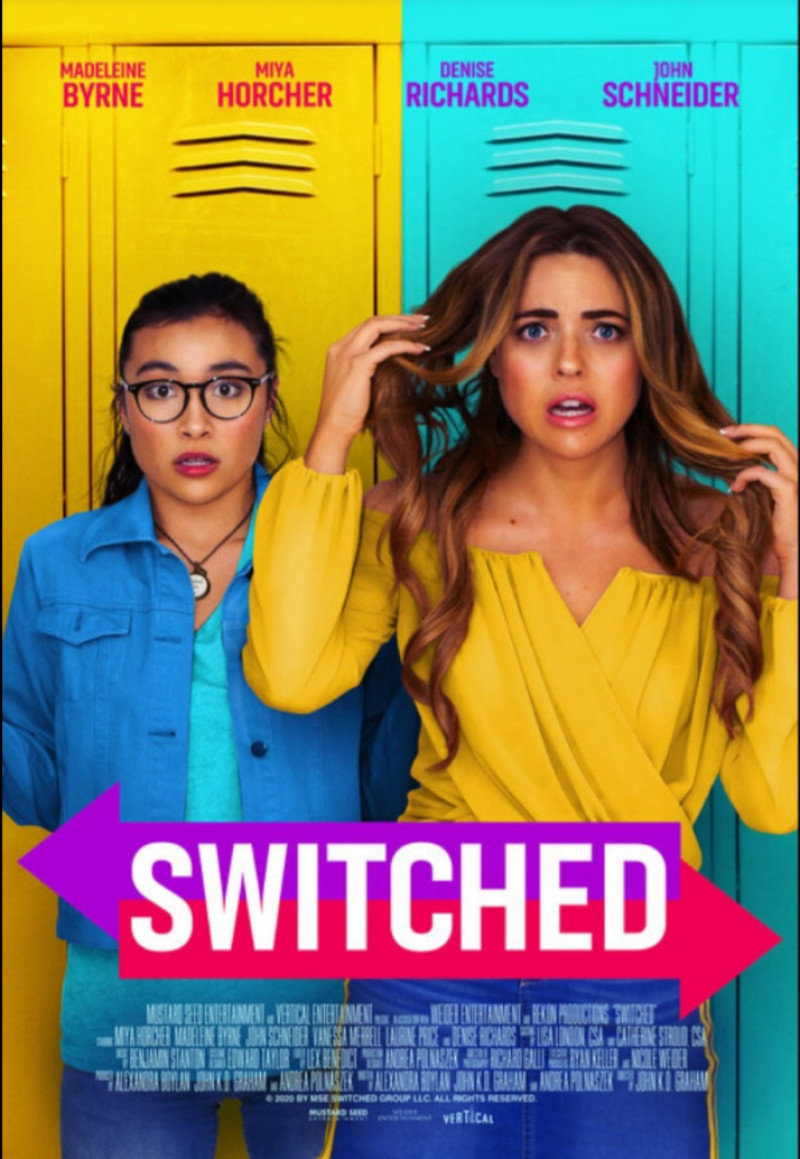 View profile
Well, I watched Switched and it was wonderful. According to me, I think that your character is like Cassandra's best friend who always has her back. Despite having siblings, my family life is like Katie's bit my life outside the family is like Cass's