If you're like me, you'll walk into the theater thinking it'll be another Nicolas Cage type movie, with government cover-ups and such. However, you'll leave thinking, "Not at all what I expected."
Nicolas Cage plays the father in this movie, the typical widowed-father concerned about his son completing his homework and getting over his wife's death over a year ago. When his son's school opens a time capsule, he's there for the ceremony with all the parents. One problem: while all the other kids are getting pictures of what students from 1959 would imagine the future to be, John(Cage)'s son get a paper with a series of seemingly random numbers. John then realizes the numbers foretell every major disaster from the past 50 years. There are three events remaining, and when John realizes the authorities will do nothing to prevent these events, he takes it into his own hands to do so. But the numbers end strangly- with what appears to be 33. And they end in three days.
I expected this to be a fast-paced thriller to discover what the end of the numbers mean, but was pleasently suprised to view it as more of a horror flick, believe it or not.
This movie ends in the most unexpected way you can possibly imagine. I suggest any fans of, say, the X-files or Fringe go see this movie. Or any fans of Nicolas Cage. I give it 5/5 stars. 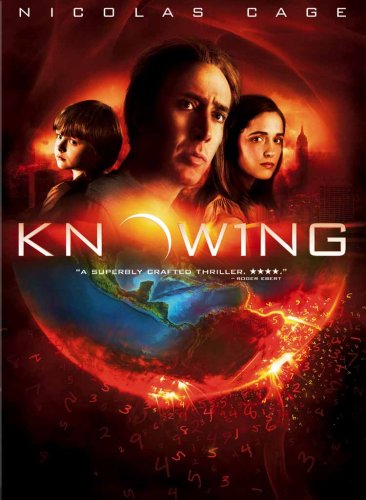