The Veldt by Ray Bradbury

In the short story “The Veldt” by author Ray Bradbury addresses how life would be if we left technology to do everything we need to do. Some examples being cleaning and helping us simply tie our shoes. However, it also shows that spoiling your children with technology makes the technology their parents, and not the actual parents themselves. There is a limit when it comes to rewarding and giving your children technology or any type of reward.
George and Lydia Hadley purchased a high technology house that does everything for them. In the house they have a nursery which is a virtual reality for their two children, Wendy and Peter. However, for some reason lately the room has been of an African Veldt, something the parents believe is wrong of them to believe of. There is not only is there vultures in the veldt, but there are also some lions that lay, and during the day and nights, Lydia and George hear two familiar screams. Although they can’t put their finger on it of who they belong to.
They question their children about the nursery and the current imagery, but they both deny not knowing about anything of this African veldt. The parents ban their two children of going into the nursery until they can figure out of what is going on with the images being of the veldt. George has a friend over and they find his old wallet that had been torn to pieces just laying in the nursery as if it had been torn apart by the lions. However, when George and Lydia raises concern over the situation, they believe that the lions are eating just an animal carcass.

The raising concern of the couple beings of calling David McClean who is a psychologist suggested to the couple that they would pack up and move away from the high technical house to consider a more normal living. The packs everything up in the house so they can move to a better place of living, however, the children beg and plead to their parents that they want only a few minutes in the nursery before they depart. With a lot of pleading to their parents George and Lydia agree to let them have a few final minutes in the nursery. 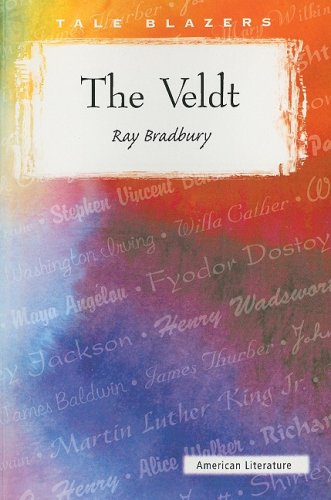