The Glass Castle by Jeannette Walls

Jeannette Walls is not like any ordinary girl, nobody can compare to her disfunctional childhood. The Glass Castle makes you reconsider your own life and to be thankful for what you have. Although there are mature situations and sexual content in the book and some parents may think their child should not read this book. However, the memoir shows what people go through and might just have to call it life.
Jeannette goes through a lot from childhood to her early adult life. In seventh grade, she experiences teen pregnancy because of her friend Dinitia: “one day just before Christmas, Dinitia passed me a note in study hall asking for girls’ names that begin with D. I wrote down as many as I could think of-Diane, Donna, Dora, Dreama, Diandra-and then wrote, why? She passed back a note saying, I think I’m pregnant.”(199) Which does happen today, that some girls don’t think or don’t want to be pregnant, and get pregnant at a young age, and in some cases happens in middle schools, but mostly high schools.

Although, Jeannette has to deal with her father who claims the name as town drunk, he still tries to give his children the best and educate them, when he is sober. Rex Walls, is an alcoholic, he spends good money which could have been used for new clothing or food for the table, on booze. He soaks up the booze like a sponge, sometimes it seems as if he puts the booze e first rather than his family. But, when he is sober, he tries to give his children the best: “Pick out your favorite star,” Dad said that night. He told me I could have it for keeps. He said it was my Christmas present. (40) When he is sober, he tries to think of creative ways to give his children the best they do deserve, and he thinks of ways to give them gifts and just to educate them with games that they would make up.
Even though parents may think it’s an inapproiate book to read, it does teach life lessons, and to always have hope in life. Even through the hardships that Jeannette and her siblings had to go through, they got the better future they had always dreamed about and didn’t have the same future as their parents, they put their foot down saying enough was enough, and took control for their own future. Knowing that Jeannette is now happily married and Brain has his dream job and a child. Maureen is in California, which was initially her dream place to live and Lori kept doing her own thing. Even through the craziness that they put up with through their childhood with their father, they always will remember it:”I could almost hear dad chuckling at mom’s comment in the way he always did when he enjoyed something.”(288)

The lifestyle of the Walls family is something nobody has seen before in a book, because some people may think its fiction because of how disfunctional this family is and how they are always on the move, when in reality, this was how she lived her childhood, exposement to teen pregnancy, alcohol, sexual situations, but Jeannette and her siblings always just kept hope for a good future, and that is exactly what they had gotten in the end. They took the bad lifestyle that they had and they took control of their own life and made something good for their own future. 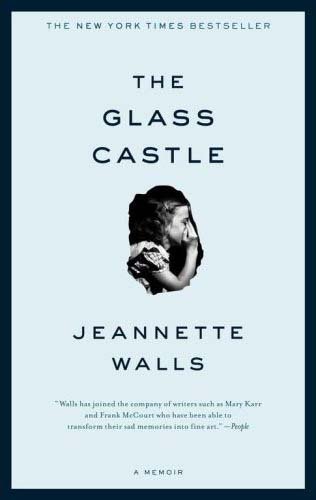