I would recommend The Lord of The Rings, if you’re looking for a very, very long series with a good plot. However, if you’re not into that, then you’d be better off reading something else. The plot follows Frodo Baggins, a hobbit, with a ring given to him by his grandfather, Bilbo Baggins, after Bilbo mysteriously vanishes on his “eleventy-first birthday”. Frodo lives in the Shire, in Middle-Earth. He realizes that the ring is very powerful and sets off, with friends Sam Gamgee, Legolas, Gimli, Pippen, Merry, with Boromir and Aragorn arriving later.
They set off, to go to Mount Doom to destroy the Ring. Of course, the Ring just happens to be the one with the most power, out of all twenty-one of the Rings (I’m sure, coincidentally), and so they are impelled to destroy it. On the way, they meet Gollum, who is an example of what could happen to them if they don’t destroy it (as a human who used to have it, turned monster), as well as Nazgul, and lots of Orcs. Through the course of three long books, many piteous, winding roads and natural obstacles, and about fifty characters, the plot is introduced. I feel that it could have been cut down, by at least 300 pages, if not more.

The part that I like the most is the storyline. I think that it was very interesting, and it made the books more of page-turners. However, that was practically the only thing that I do like about the trilogy. I also appreciated how hard J.R.R. Tolkien must have worked to write that much and –incredibly- have someone publish it, but that’s not saying that I enjoy his writing. I like some of the characters, but there were too many, and so I lost track of them easily. It doesn’t help that they all have similar-sounding names, either.

Some of the main parts that I like less are the length of the entire trilogy, and the many characters. The setting was also rather hard for me to follow, as it is focused more on the journey and really wordy descriptions (which seem as if they are written in Elvish) than the actual places which are being depicted. I always finish the books which I start reading, but on this trilogy, I was sorely tempted not to continue. In the last book, I was eagerly counting the pages until the end (about 338, not counting the eternally-long appendix about various things), and was glad to finally be finished.

Although it is considered one of the finest, if not the finest, fantasy trilogies of all time, I personally wouldn’t recommend it, unless you’re looking for 1,000 pages of dense descriptions. I am unable to give a completely bad review, so I’d give it 1.5 out of five stars. I wouldn’t read it again, and could barely struggle through it the first time. Put simply, I wouldn't recommend The Lord of the Rings trilogy to anyone else, unless you’re looking to bond with Middle-Earth over the course of many long weeks. 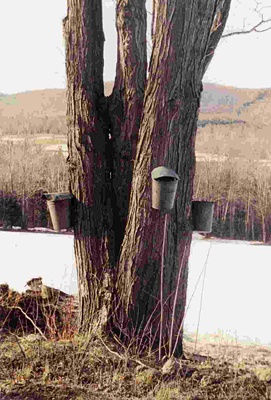 The author's comments:
My friend (who is a huge LOTR fan) loaned it to me, and although at first I expected to love it, I soon found that I didn't like it very much.
Post a comment
Submit your own

Imaginedangerous PLATINUM said...
on May. 21 2012 at 6:49 pm
Imaginedangerous PLATINUM, Riverton, Utah
31 articles 0 photos 402 comments
View profile
Oh, yes, the movies are very good. They have all the cool plot and fantasy details without the slow dragging parts. Instead of taking Frodo a hundred and fifty pages to get out of the Shire and meet Aragorn it only takes about twenty minutes. (I also think the characters have a little more personality, too.)
KatsK DIAMOND said...
on May. 21 2012 at 5:16 pm
KatsK DIAMOND, Saint Paul, Minnesota
57 articles 0 photos 301 comments

View profile
Okay, thanks for the feedback. I honestly hoped that he would have destroyed the ring by the end of the first book or something. I was shocked, because I enjoy almost every book I read. I did enjoy the plot, but . . . Would you recommend the movies?
Imaginedangerous PLATINUM said...
on May. 21 2012 at 5:07 pm
Imaginedangerous PLATINUM, Riverton, Utah
31 articles 0 photos 402 comments
View profile

Tolkien was terrific at inventing a richly detailed world and coming up with an interesting plot. He was lousy at pacing. The part I hated most was the ending- it takes them most of two chapters just to walk through Mordor, and then the climax is over in a page and a half. I think the story is fascinating, but he spent all his time focusing on the wrong parts of the plot. (Fortuantely, the movies managed to fix that.)

This was a good review. I like how blunt and honest it is- usually people don't write reviews unless they are either overhyping a book or decrying it as evil incarnate.