The Hunger Games by Suzanne Collins

The Hunger Games is a compelling, intriguing, additive book that hurls readers into the fast-pasted plot and leads them to flip the pages obsessively in order to unravel the unpredictable outcomes. The author Suzanne Collins creates an engrossing plot that is quickly devoured by readers. Collins writes with raw power in such a way that keeps readers guessing throughout the entire novel. The Hunger Games will have readers hooked from first page to last.
In a post-apocalyptic world that was once North America now stands the country of Panem which is dictated by the corrupt, tyrannical government located in the shining city of wealth called the Capitol. Under the Capitol’s oppressive control are the twelve poor, defenseless districts. Every year the Capitol holds The Hunger Games in order to reestablish their control and to remind citizens never to revolt. The Hunger Games selects a boy and girl between the ages of twelve and eighteen, called tributes, from each district and forces them to compete in the games against their will. Tributes are transported from their inefficient homes to the luxurious, highly-advanced Capitol. There tributes are swarmed with cameras, gorged with rich food, trained in the art of survival and prettied up for countless ceremonies and interviews before they are launched into an enormous outdoor arena that is strewn with hazards and obstacles. Once in the arena the twenty-four tributes are mandated to contend in a televised fight to the death until only one tribute is left standing.
The story is experienced through the eyes of the protagonist Katniss, a sixteen-year-old girl from District Twelve. When the lottery system selects Katniss’s beloved sister Prim for the games, Katniss does the unthinkable by volunteering herself as a tribute; or what she considered a death sentence. Katniss and male tribute Peeta Mellark are flung onto a train and shipped away to the Capitol. With the weight of the world on her shoulders Katniss must come to terms with the task ahead: kill or be killed.
Picking up The Hunger Games means coming to the inevitable conclusion of not being able to put it down. The writing comes alive at your fingertips as Collins brings cold, vivid clarity to the experiences of physical violence and suffering Katniss endures. Nerve-racking tension and unbearable intensity captivate readers as they speed through the first book of The Hunger Games trilogy. The end of book one leads readers to shove their nose directly into the pages of book two called Catching Fire.
The Hunger Games has received several awards and is a New York Times best-seller. The book strongly appeals to young adult and adult readers. The book’s incredible success has inspired the movie which came out on March 23rd. 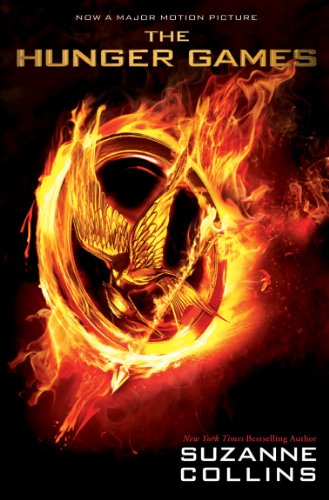 Favorite Quote:
“In the next world, I want to be something useful.
Like a staple gun. Or in love.”
- Bradley Trumpfheller

Favorite Quote:
"I have this theory that if one person can go out of their way to show compassion, then it will start a chain reaction of the same."
-Rachel Joy Scott

Favorite Quote:
Yesterday is history, tomorrow is a mystery but today is a gift that is why it is called the present.

View profile
1984 is a good book, don't get me wrong, but was written during a differetn time period so we as new generation can't relate. Whereas in The Hunger Games many of things that are happening can very soon happen to tomorrow in reality.
keturha24 said...
on Mar. 5 2012 at 7:33 am
keturha24, South Bend, Indiana
0 articles 0 photos 5 comments

Favorite Quote:
Yesterday is history, tomorrow is a mystery but today is a gift that is why it is called the present.

View profile
1984 is a good book, don't get me wrong, but was written during a differetn time period so we as new generation can't relate. Whereas in The Hunger Games many of things that are happening can very soon happen to tomorrow in reality.
Wanderlust. SILVER said...
on Mar. 4 2012 at 1:50 pm
Wanderlust. SILVER, Burke, Virginia
5 articles 0 photos 14 comments
View profile
As a big fan of these series, I must say this review is top knotch. It was quite addictive, and although there were times when Katniss got on my nerves, it just proves how much she isn't a Mary-Sue kind of character. Great review :)
akitos BRONZE said...
on Mar. 3 2012 at 11:43 am
akitos BRONZE, Romulus, Michigan
3 articles 0 photos 3 comments

Favorite Quote:
the heart is a treacherous thing it can be easily broken

i hav to say this book was really good. also i have to agree that some parts of this book wasnt as good aswell

Favorite Quote:
"Tread softly because you tread on my dreams" - Yeats

View profile
The outrageous success of the franchise can be put down purely to the sort of taboo it deals with in the minds of new readers. The plot is a good idea, but any possibility for success is ruined by the characters: Boring (Katniss), irritating (Katniss) and clichéd (Katniss is joined here by Gale).
Just my opinion, of course, but if you want to read about a dystopia read 1984: That's literature. This is airport fare.