In the story of Metamorphosis the family experiences a devastating tragedy and every single family member if changed in on way or another. At the beginning of the play Gregor, the son and main source of income, wakes up and he is some way or another, a giant cockroach. He lies in his bed testing his new physical attributes and ponders how to break this unbelievable news to his parents. After he is discovered his family has very different reactions to him, and goes through different changes because of it. Surprisingly enough, Gregor's horrible predicament actually seems to help each member of his family change for the better in the long run.

The character that undergoes the most significant change is the daughter, Grete. Towards the beginning of the story, she seems to be an immature child with little to no responsibilities. However, when Gregor changes she becomes a completely new person. She assumes responsibilities that she would never have welcomed in the past. It all starts when she is the only family member even remotely compassionate towards poor Gregor. She goes to his room and brings him food scraps and tries not to act terribly frightened of his appearance. At one point she even notices that Gregor had been standing on the chair looking out the window at night and makes sure to leave it in exactly the place she found it. These scenes are critical to the readers, it lets them know she is willing to take on new responsibilities and she is maturing as a person. Grete surprises us furthermore by getting a job in hopes to lighten the financial burden left by Gregor. This is a huge step for Grete in her change throughout the book. When she gets a job it signifies that she has stepped into the real world and left all of her childish ways behind. She had undergone a complete transformation and became a different person then she started.

Another character that undergoes obvious changes is Gregor. One of the obvious changes that occurs in the story is that Gregor physically turns into a giant cockroach. At the beginning of the story we get some back round on Gregor and find out he has been supporting his family for an extended period of time. His father's business had gone under and he assumed the role of primary caretaker of the family. He worked all day everyday and had become distant from everything else going on around him. You could even compare Gregor's existence to non-human like. However, after he is turned into a cockroach everything changes. He becomes reliant on everyone else around him to feed him and take care of him. As the story progressed the family became less and less patient with Gregor. He wouldn't eat his food and nobody would notice, his room would become filthy and nobody would sweep it, his existence got to the point where he was miserable nonstop. This caused Gregor to become selfish and he decided to take his own life. The Gregor at the beginning of the story never would have thought of himself first, but after the change to a cockroach, his mindset completely changed.

Finally, the family as a whole experiences a very significant change. Towards the beginning of the story the family is somewhat imprisoned by Gregor's success. They become almost helpless because he provides everything for them and caters to all their needs. However, when he was transformed into a cockroach he couldn't fulfill any of his prior responsibilities or communicate in anyway. At first they reacted in very different ways to this unexpected twist. Some of them were self absorbed and felt no sympathy towards Gregor, while others tried to be kind and do whatever they could to make things pleasant for him. As the story progressed they all became less and less concerned with Gregor and more concerned with their own lives. The sister for example gets a job to help shoulder the financial burden left by Gregor. This shows that she has become more independent and has opened up doors leading to a bright future.

The story was more then just a freaky tale about an overworked son who is changed into a cockroach. It story is about the beauty of change. The family was unified by Gregor's transformation; they became even stronger through his death. Their situation was constantly changing and they grew constantly stronger. Grete especially had lost a brother and inherited a role as provider. She embraced this role and matures as a person and is left with a bright future ahead of her. 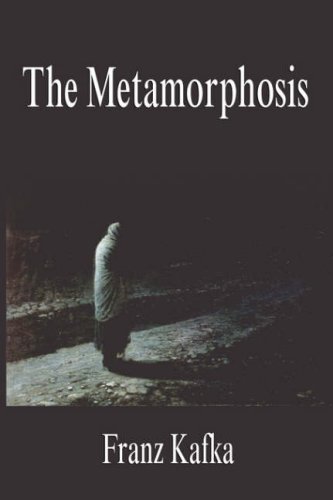 Niki said...
on Dec. 1 2009 at 10:52 pm
I love this book and I appreciate your focus on change. Some people have a hard time being patient or being empathic and I think that is as much the problem as Gregor being a roach.