Money, green, dough, cash, the signs of the wealthy, have always been the same throughout the ages. In the novel The Great Gatsby, that respect that all wealthy were supposed to have was split up between the two classes of wealth, the “new” money and the “old” money. Among the rich the “old” money were deemed more respectable because they didn’t live quite as extravagant as the “new” money. You were judged not on the quantity of your money but on the quality by which you earned the money and when you earned it. The respect that the “old” money were supposed to have was more like carelessness and foolishness for three main characters in The Great Gatsby, Daisy, Tom, and Jordan. The “old” money were claimed to be those respectable among the rich, but Fitzgerald would deem them to be the least respectable in their morals.

Daisy Buchanan, her charm and beauty hides that shallow and selfish heart of hers. From the moment she first appears in the novel she is seen laying lazily on a couch and even at that moment you get a taste of how careless and selfish she actually is. Then instead of confronting her husband’s affair, simply because she didn’t want to every lose her money. Instead she would try to get even with her husband by her herself having an affair. She later on be driving a car with Gatsby and would even hit and kill Myrtle and would then flee the scene. Fitzgerald by all of these careless actions may be implying that money is without a conscious and the longer you have money, meaning the “old” money, the more it corrupts you and will eventually take away your conscious. Her husband Tom though would be just as careless lacking humility.

Tom Buchanan was a man whose ideas were many times just mutterings of nonsense and had also inherited the same trait that his wife Daisy had, and that was being totally careless. His first example of this is his lack of consideration of the feeling of his wife with his multiple affairs. Then his largest instance of carelessness is when he told George Wilson that Gatsby had killed his wife Myrtle. This in turn led to the murder of Gatsby and the suicide of Wilson. Only days after the fact Tom walked with a grin on his face forgetting the fact that his actions had led to the deaths of two men. Tom was a man without a conscious and was truly careless of what he did. Besides Tom and Daisy being the careless of the “old” money group there was also Jordan, a friend of Daisy.

Though Jordan’s actions were not as flamboyant and destructive as Tom and Daisy’s, she portrays the pure laziness of the “old” wealth who didn’t have to work for a single penny of their money. Most of the time when she is portrayed in the novel she is usually laying down just being as lazy as possible. Even when she was first introduced to Nick when she was laying on the couch she didn’t even bother to move her head towards him. She didn’t have a care in world for what happened other than golf and parties. She, like Tom and Daisy along with all the old money portrayed in The Great Gatsby were numb of reason.

Tom, Daisy and Jordan, all are very careless, all are “old” money. It is very clear that Fitzgerald believed that money was like a disease and the longer you had the money the more of your conscious you would loose. While the “new” money weren’t as infected with the lack of carelessness as the “old” money were. 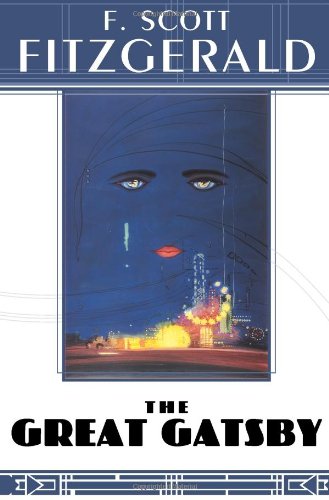 Otakore said...
on Jan. 30 2015 at 3:55 am
The Great Gatsby tells the culture of the Americans of the late 20th century. I can't relate much with this book as I'm not an American. I also made a review of this book at the ff. link: literateknolohitura.com/2015/01/the-great-gatsby-book-review-novel-by-f-scott-fitzgerald.html Thanks!