The Goose Girl by Shannon Hale

The Goose Girl by Shannon Hale is based on an age-old German fairy tale originally gathered by The Brother’s Grimm. The tale may be an oldie, but a goodie. Even as she adds her voice to the story, Hale keeps respectfully close to the original riveting tale.

Princess Ani grows up, endeavoring to follow in her mother’s footsteps, and learn to rule over her people with grace and poise. Her mother was born with the gift of people-speaking, a rare skill that gives her an almost immeasurable way with words and power of persuasion. Ani, however, possesses the gift of animal-speaking, which enables her to understand and speak the language of another species.

When she comes of age, Ani is married away to a prince, and escorted to his kingdom by her friend and steed, Falada, and Selia, her lady in waiting. Selia, who also possesses the power of people-speaking, betrays Ani by stealing her identity and crown during the journey. The guards, influenced by Selia’s gift, nearly kill Ani, and she is separated from Falada. Horseless and friendless, Ani must find her way to the new kingdom and reclaim her throne.


Hale does an excellent job portraying raw emotion. Throughout the story, you can clearly feel any character’s anger, outrage, fear, relief, revelation, or bliss. As Ani fights tooth-and-nail to reclaim her life, all you can do is clutch the book tightly and pant desperately, as if you were there fighting beside her. 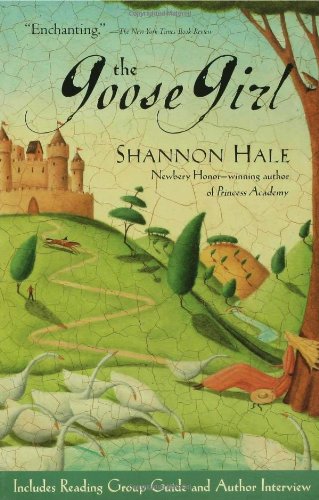 
Buy from Amazon
The author's comments:
As is common, Ani could only find herself far from home.
Post a comment
Submit your own

Favorite Quote:
"If death meant just leaving the stage long enough to change costume and come back as a new character....would you slow down? Or speed up?
-- Chuck Palanick

View profile
I agree. this book was just amazing! you should read the other books of bayern also. enna buring specifically.