Code Orange by Caroline B. Cooney

Favorite Quote:
Enjoy Today, because you could die tomorrow

I just finished reading this book called Code Orange, and if I had to describe it in one word, it would be: AWESOME! The story starts off with a high school student named Mitchell Blake, also known as Mitty, who goes to a private school in Manhattan. His teacher assigns his class a project on infectious disease. Mitty chooses smallpox, a disease which was eradicated from the Earth several decades before. It only exists in two maximum-security laboratories around the world. He finds an envelope inside an ancient medical book. Mitty opens it, and to his surprise he finds scabs, which are the remains of the disease. Mitty inhales some of them. He is slightly worried at first. Then he develops headaches and a sore throught, both symptoms of smallpox. He becomes increasingly paranoid. Is it smallpox? Will he die? What will happen if the city finds out? Wanna know more? Read the book! 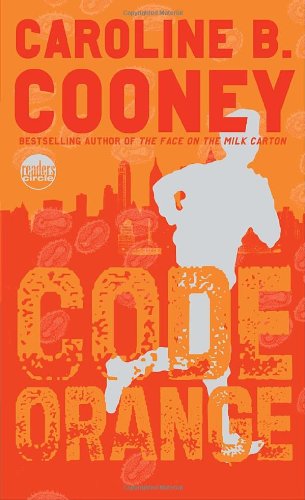 
Buy from Amazon
The author's comments:
I got Code Orange from the library last week.
Post a comment
Submit your own

Favorite Quote:
Live for today, not for tomorrow