This uniquely adventurous epic, Beowulf, draws you through the life of a heroic warrior and a wise king. The time for a strong warrior arises when the ferocious Grendel strips the Danes's kingdom of peace. With courage as sharp as his sword, Beowulf fearlessly subdues the remorseless demon. Shortly after his triumph, Beowulf accepts the challenge to save the Danes again when Grendel's mother returns for revenge. Beowulf's second victory awards him with the high respect of the Danes's kingdom. Returning to his own land, Beowulf relates his heroic triumph to numerous eager ears. After the years of faithful service to the throne, Beowulf becomes king. During his reign, the Greats live in peace and prosperity. After fifty long years, a dangerous serpent threatens the Greats. As king and as a triumphant champion, Beowulf senses this as a duty to his kingdom he may not refuse. This compelling poem written by an unknown author also had a Christian narrator. The setting of this poem is placed in the countries of Denmark and Greatland, known now as southern Sweden. The time setting mainly is during 500 AD and in earlier historical events. In this epic the setting in general is amazing.
Beowulf transforms character throughout the poem. Physically, Beowulf is known as the strongest of the Greats. He also is famed for his strength throughout the world. In Beowulf's youthful warrior days he accomplished numerous feats. His personality or individuality centered on the feats he accomplished. He feared nothing and freely boasted that. Beowulf's physical strength amazed all his spectators. Therefore they believed his stories like that of his swimming match against Breca. Beowulf became a hero and lived the life of one. To describe his behavior you could say he was boastful, fearless, loyal, and valiant. Everywhere he boasted of his feats when he traveled. Beowulf could face anything. With his bravery and skill he could destroy a demon and its mother. When he succeeds in freeing the Danes, Beowulf returns home and loyally serves the crown. When Beowulf becomes king, his personality and behavior become wiser. Beowulf knows the kingdom needs protection and a wise ruler. Eventually he sacrifices himself to protect his subjects. Through the poem he transforms from a heroic warrior to a heroic and wise king.
Certain characters in this poem faced challenging problems and worked them out. Beowulf always faces the problem of dying when he faces a terrible menace. One Monster is a descendent of Cain and a demon. The other two monsters gave Beowulf a harder time than the demon. Beowulf worked out his problems by believing in himself. His reputation as the strongest man gave him a backbone to fight on. Another problem Beowulf faced in the middle of his life was transforming into a wiser character. Eventually Beowulf would become king and the Greats needed a strong but wise King. He solves this problem by serving with loyalty to the present heir. His loyalty proves he knows control and respect, two important qualities for a king .Another character, King Hrothgar, faces the destruction of many loyal citizens. As Grendel terrorizes the kingdom, everyone is helpless. King Hrothgar's solution was gaining the help of the valiant Beowulf. One other character faces a sticky situation. In the last part of the story Beowulf is dying and the dragon is still alive. Wiglaf, a warrior, faces the problem of a decision. Either Wiglaf could run away like the other retainers or stay and avenge the king. Wiglaf solves his issue by remembering his courageous king and what he had done for him. He stayed and protected his king in the act of loyalty.
Different opinions have been made about the issues in Beowulf, especially the climax. I believe the high point of the story is during the battle between Grendel's mother and Beowulf. This is the climax because this was his greatest battle against evil. Beowulf faces Grendel's mother, who terrorizes the Dane's kingdom, bravely. Her motives were all based on revenge .Her plans spoke evil; she herself represented evil. Beowulf represented salvation and the great good of mankind. From the moment they struggled together you could tell the fight would be historical. Throughout the whole poem Beowulf actually fights evil, but this is the most important encounter of all. My favorite part was this encounter. It was my favorite part because of the moral tension between good and evil. So many stories included plots that take you through a battle of good and evil and the storyline will contain no true action. In this poem the encounter of good vs. evil is graphic and exciting with a priceless triumph. Personally, I would recommend Beowulf to a friend. It is filled with wonderful and exciting action. Also there were various creative characters that added perfectly to the story's plot. It might take time to read, but in the end you will enjoy the book. 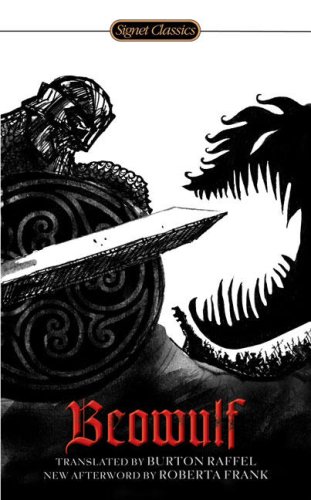