When my teacher presented us with our assignment, the expected groans followed. But while I pretended to be just as annoyed, I was secretly excited to delve into R.L. Stine's ("King of Horror") Beach Party.This book describes on a deeper level of heart-rending. I had heard alot about this book from my sister but now I actually am getting an opportunity to read it.


As I started to read, I figured that Beach Party is a first-rate, bloodcurdling mystery. Karen's life has always been full of happiness and always had a perfect outcome, but does she know that a terrifying, horror is coming in her way.Her father had been out of the country while her mother was out of the town and there she was all alone in a city named Vince.There is a summer beach party and Karen had just broken up with her boyfriend and means to enjoy every moment of it, specially having to choose between two new guys: one so sweet and one so deliciously dangerous.Later she discovers that someone is out there trying to spoil her whole summer, someone close, really close.Jerry, the sweet and handsome one,already had a girlfriend but when he got to know Karen he starts dating her, while this was going on Vince,the deliciously dangerous one, had a deep crush on her.Things start to get ugly when she gets phone calls, notes etc. that tells her to stay away from Jerry.Who was it?Here now she sets her footsteps in the land of

Karen,the protagonist of this book tries to find out who is it that is trying to keep her away from Jerry .She had suspected Renee ,Jerry's girlfriend but then detects that she was murdered .In between all this suspense Karen is screwed up. Meanwhile readers become enchanted by a web of introspective characters. There is Ann Marie Karen's best friend, Mick Karen's ex boyfriend. Also there are the puzzlingly connected characters such as Jerry's sister, and Todd, Jerry's poor dead brother.Eventually the character chains are brought together weaving to synchronize the novel.Their journey together toward this mystery grows tremendous and ceaseless.

So does Karen encounter who is the killer of Renee and the one who is terrorizing her? What hardships does she and her friends face through the book?Read Beach Party to get to know the shuddersome outcome and the heart pounding event that occur in this hellacious, spine-chilling book. 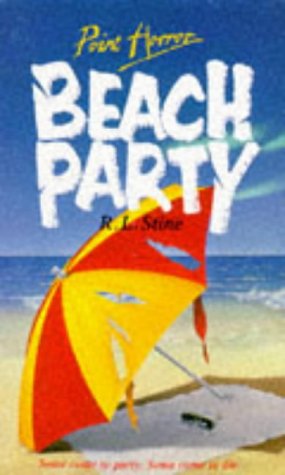