Bringing Down The House | Teen Ink

Bringing Down The House

Bringing Down The House


"Act casual, think casual, be casual… I tried not to think about the new BMW strapped to my back."


Can this guy pull it off? Ben Mezrich will give you the answer in his book, Bringing down the House. This book will keep you on the edge of your seat as six M.I.T. students take Vegas for millions. In the book, a highly intelligent group of grad students were recruited to live double lives as card counters.

This book is a window to the gambling world. It will keep your mind racing on turbo. As you read this you'll be on the edge of your seat, wondering about Kevin's next move. The challenges will be tough to understand…just like the math behind it all. The equations will leave you breathless.

In the book Ben Mezrich crafted page turning events. These always lead to the group's daring deeds, trying to outsmart casinos at their own games. These students are living the lives of millionaires. Some of them think of it as a hobby, but the addiction to gamble takes over the lives of others.

Kevin, an M.I.T tech grad, gets sidetracked. He thinks of it as a game, while his "teammate" Fisher, thinks of it as a way of life. A way that keeps him off the streets and starving. The more the book progresses Kevin begins to see a different side of the team. He finds that they are money hungry and they need to cut losses.

In this thrilling novel, Ben Mezrich described an unbelievable story. Even more amazing is that this story is true. No Joke! It is like a behind the scenes of a card counters life. This is a must read for everyone. 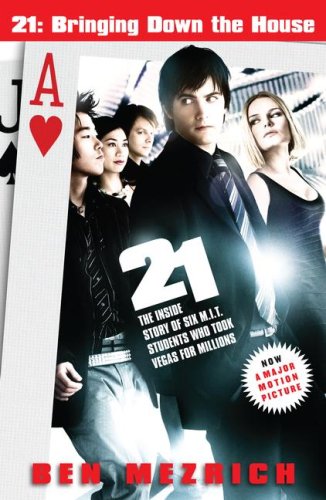