All You've Got | Teen Ink

All You've Got
By: Karol Ann Hoeffner


In All You've Got, Lauren, the star volleyball player of Villa Madonna Academy goes through many changes and is forced to do thing she&#39d never thought she could, like finally tell her father, Sam, that she isn't just some trophy daughter and that she can live her own life! She learns mostly that all things happen for a reason, but will she and Gabby ever become friends again... especially after what happened between Artie, Gabby and herself?


Gabby is the star volleyball player and captain of Sacred Heart... the Cinderella story of all the southern California volleyball teams. When she is forced to deal with the sudden death of her father in the earthquake and with preppy, self absorbed Lauren going to her school and stealing the spotlight from her after Villa Madonna crumbles to pieces, she learns that competition can drive you crazy, on and off the court...


I liked this book because I love the game of volleyball and reading about all the competition the goes on the courts and off. Another reason I liked this book is that it describes the drama most teenagers go through. Although the problems are a little outrageous, it makes for a good back story so you're not overwhelmed by everything being about volleyball.


For example, when the teams come out of the semi-finals and go to a party at Lauren's house and Gabby finally figures out that it was Lauren and Artie that were meant to be together all along. She finally understands why Lauren did what she did and is sorry for all the horrible things she made happen to her friend.

I would recommend this book to anyone who likes volleyball, just reading about the drama of high school, or if you just want a distraction from your life. Hoeffner creates a vivid escape from the real world, almost in a sort of a way of somehow being in someone else's shoes.


"This will certify that the above work is completely original."
Carrie Lynn Cravens 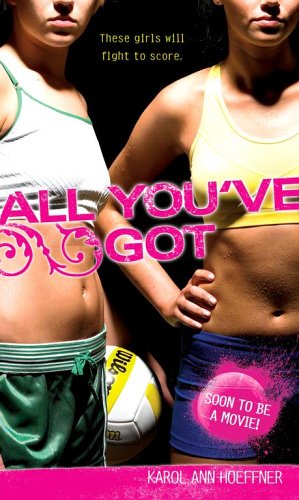