Hit and Run
By: Lurlene McDaniel

Fifteen year old Laurie Stark has a pretty hectic life trying to live up to her mother, homecoming queen, student body president, prom queen, and so on. Set in present day Asheville, North Carolina Hit and Run is a realistic fictional story where Laurie finally gets a chance at popularity when she gets asked out by the school star Quin. After their date goes sour, Quin isn't interested in her anymore and something happens that night that Laurie uses against Quin to blackmail him into being her boyfriend, even though it was hurting someone else.
In Hit and Run, Lurlene McDaniel does a fabulous job at showing the themes making choices and relationships. Throughout the book it seems as if a lot of things are testing many people's relationships especially Laurie and Quin's “relationship”. Also a lot of choices are to be made, many regarding relationships! Lurlene McDaniel did a phenomenal job on realistic details and descriptions. Hit and Run has such great realistic details and descriptions that it makes you feel what the characters are feeling and see what they are seeing. When McDaniel describes someone or something you get a vivid picture in your head, she also keeps the reader fascinated in the book!
This book is a suitable choice of literature for a lot of high school students who think life is all about fun and partying, this book teaches a lesson while leaving you wanting more! Hit and Run is a book you don't want to put down! It is similar to Kristin Hannah's Magic Hour because they both have a character that you as a reader would have hope and faith in. Though they have that similarity Hit and Run is unique because of how it ends (You would have to read the book to find out the end!), and Lurlene McDaniel focused on teenagers while Kristin Hannah doesn't. Tragedies occur in McDaniel's books this one included. Overall Hit and Run is a great book! 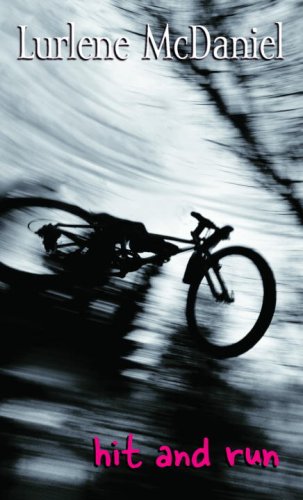