The Alchemyst: Secrets of the Immortal Nicholas Flamel by Michael Scott | Teen Ink

The Alchemyst: Secrets of the Immortal Nicholas Flamel by Michael Scott

“The Alchemyst: Secrets of the Immortal Nicholas Flamel”, a New York Times Bestseller, sounded to me to be an enticing novel. I feverishly read the back cover and snatched a copy off the self at the book store for myself. Unfortunately, I have to admit that this book left me very disappointed.

Michael Scott lets this story revolve around Sophie and Josh, teenage twins living in California. They are unexpectedly thrust into a world of ancient myth and magic when they discover that a man they had formerly known as “Nick Fleming” is actually the legendary Nicholas Flamel living among them in secret. Of course, the twins are involved in epic battles and are quickly revealed to possess powerful magic that is spoken of in a prophecy. They hold the potential to save or destroy the world. Sound familiar?

I have to give Scott credit for his clever ideas and impeccable research. The ideas behind this novel are exceptionally creative, but I found the plot to be very straightforward and predictable. The story does not leave any mysteries for the reader to ponder. I also was not able to get to know the characters because they were not adequately described. In my mind, Nicholas Flamel is a cloudy face with little personality, and the twins are too-good-to-be-true blonds. I would have appreciated a thorough description of each character’s traits, strengths, and weaknesses, rather than a list of each person’s accomplishments.

In conclusion, this book has some great inspirations behind it, but the plot could have taken the reader much deeper into a more complex story with more “real” characters. If you are looking for a novel that will require some deep thinking, this book is not for you. 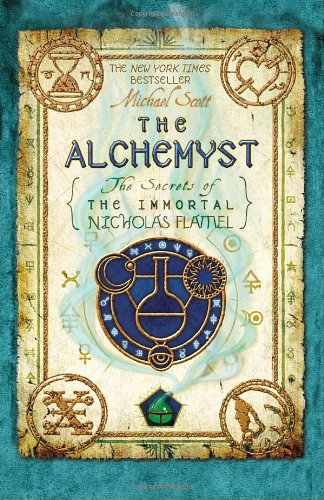 Thanks for the feedback!

tuzik SILVER said...
on Jul. 8 2010 at 9:23 pm
tuzik SILVER, Martinsville, New Jersey
5 articles 0 photos 37 comments
View profile
not a bad review; i definitely liked that you pointed out that the plot and characters were badly developed but also mentioned that the topic of nicholas flamel as a part of history was potentially very interesting.
XCLover GOLD said...
on Jun. 2 2010 at 11:32 pm
XCLover GOLD, Sandpoint, Idaho
18 articles 0 photos 92 comments

Favorite Quote:
"I know I run like a girl, try and keep up!" ~Anon
"You only ever grow as a human being if you are outside your comfort zone." ~Percy Cerutti
"The hug is incomplete without you :3" NinjaMan

View profile
Same here!  I recognized the name nicholas flamel, but was very disappointed that it was nothing like harry potter.
XCLover GOLD said...
on May. 30 2010 at 1:59 pm
XCLover GOLD, Sandpoint, Idaho
18 articles 0 photos 92 comments

Favorite Quote:
"I know I run like a girl, try and keep up!" ~Anon
"You only ever grow as a human being if you are outside your comfort zone." ~Percy Cerutti
"The hug is incomplete without you :3" NinjaMan

View profile
I was also disappointed by the book. I am a huge Harry Potter fan, so the Nicholas Flamel bit drew me in, only to focus on the twins. Scott could have done so much more with the ideas behind the book.
sunnyhunny PLATINUM said...
on May. 2 2010 at 4:01 pm
sunnyhunny PLATINUM, Litchfield, New Hampshire
22 articles 3 photos 329 comments

Favorite Quote:
"Put a smile on your face, because the day ain't over yet."

View profile
I had to read this book for a book group and I agree with your points. The background information was interesting but I felt that you didn't get to know characters. Also when there were scenes of action, they were slowed down with description that did not help the excitment of the moment stay. Good article. :)