A Voice in the Wind by Francine Rivers | Teen Ink

A Voice in the Wind by Francine Rivers

A thoughtfully written religious fiction novel, A Voice in the Wind by Francine Rivers not only taught me more about Ancient Rome than any textbook ever could, but also stirred something within me and brought me to examine my own faith. This book brings up many questions and doubts that many people face, and meets them head on. It leads the reader to examine society and its morals, encouraging them to do what they believe is right, contrary to living up to the standards and values of those around them.

This story takes place during the years of Pax Romana, but the city of Rome is corrupt as ever. The story follows two main characters. The character most focused on in this book is a young Christian girl named Hadassah. Her family is in Jerusalem when the Romans destroy the city, and all but she perish. The starved teen is put on a ship to Rome, eventually finding herself the personal slave of a wealthy Roman girl named Julia. Julia is vain, selfish, and hungry for all the pleasures of life, but Hadassah loves her unconditionally as her own sister, excepting her as she is and trying to break through to her with Bible stories that Julia sees as nothing but silly tails thought up to entertain her.

The other main character in this book is a war hero of the Germanic Chatti tribe. All-powerful Rome captures Atretes in a battle, bringing him to train as a gladiator in the Roman arena. Atretes is eventually freed from the ludus after ten years of fighting for his life, and is left to discover that freedom is not what he dreamed it would be. He struggles against the memories of his past; trying to find himself among the images in his mind of every man he had ever killed.

This novel is not only an insightful book of life lessons, but a heart-wrenching love story and a tale of jealousy and betrayal that can easily be related to present day society until Hadassah is sent to a terrible fate by someone she loves and trusts. Throughout this story, I became close to each one of the characters, feeling their anger, despair, and yearning. I especially became fond of Hadassah, admiring the way that she could lose everything she held dear and still be full of faith, love, and peace.

This novel is perfect for all of those looking for a story to draw them in and touch their hearts. 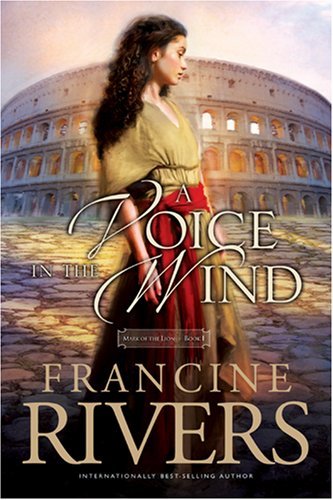 MY FAVORITE BOOK OF ALL TIME!! THIS BOOK IS AWESOME. IT REALLY MAKES YOU QUESTION YOUR FAITH. LOOK AT YOUR RELATIONSHIP WITH THE LORD.

THIS BOOK MADE ME CRY! THE SERIES WAS AWESOME! I HAVE THE SERIES. I HAVE READ ALMOST ALL OF HER BOOKS. EXCEPT FOR THE LAST SIN EATER, TEH SCARLET THREAD, AND TEH SHOFAR BLEW. BUT ALL HER  BOOKS ARE AWESOME! DEFINITLEY ONE OF MY FAVOURITE AUTHORS! GREAT REVIEW!