Cindy's birthday are here and her friends Hannah, Gil, Gretchen, and Patrick pretending to kidnap Cindy and take her to Fear Island. All night party is a fascinating novel for teens, its about on there way to Fear Island, Patrick tells them about the killer on the lose that's how he explains he's gun!


Later in the party its time to cut he cake but where's the birthday girl, no one knows so they split up and try finding her. Gretchen goes to the kitchen and then sees Cindy lying on the floor DEAD! She hollers for her friends and they decide to leave BUT NO, THE MADMAN is on the loose at Fear Island so they stay together In the kitchen and they found two clues the madman left behide They start thinking and accusing one another you did this a finally they wonder how about if the killer is in this cabin!

At this point I also tried to figure out who killed Cindy and who could be next. I didn't really like the part where they accused on another it took forever for them to get over with that and accusing their best friends. Apart I enjoyed was how they kidnapped Cindy and when they went to fear island and they talked, told secrets, and started to tell rumors. I would recommend this book for someone that enjoys gossip and mystery at the same time, and I also recommend this book to read because its enjoyable and interesting 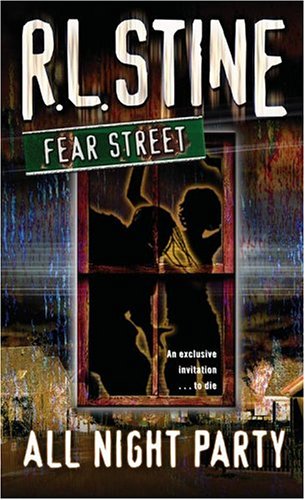