The Lord of the Rings by J.R.R. Tolkien | Teen Ink

The Lord of the Rings by J.R.R. Tolkien

While looking through the reviews on TeenInk.com, I was surprised to find very few reviews for The Lord of the Rings, books or movies – and even fewer reviews of the books that were actually favorable. Rather, several dismissed the books as boring, lacking action, or generally awful. I was astounded by this, and today have put pen to paper to try to even the score.
These days we hear much acclaim of “contemporary literature”, more recent books that supposedly reach out to more teenagers and which are more direct in their message. Less subtle and simpler language has become equated with powerful literature. Normally I am fine with this – I agree that many books under this category deserve the praise they have garnered. However, in our rush to embrace more recent books, many teenagers have set aside the older classics that proved their worth by enduring through time, and without which we will have lost enormous linguistic heritage.
The Lord of the Rings is one of those classics. It has been around for well over half a century and has had worldwide acclaim for many years. One might go so far as to say that it opened the door for many of the fantasy books we have today, including the Harry Potter series. The two series share many elements and themes. However, The Lord of the Rings, may I point out, was there first.
The Lord of the Rings is set in Middle-Earth, a world populated with elves, dwarves, hobbits, dragons, and men (among others). The basic plot of the series revolves around the One Ring, an evil ring once used by the dark lord Sauron to try to conquer all of Middle-Earth, and the quest to destroy it in order to end evil forever. Chosen to carry out the task is Frodo Baggins, a hobbit (a creature resembling a human but only about half as tall). At first Frodo sets out as part of a fellowship of nine companions. Eventually the fellowship parts, though, and the story becomes a twofold narrative – now following Frodo and his servant Sam on their quest to destroy the Ring, now following the remaining members of the Fellowship as they wage war on Sauron and try to do their part to return peace to Middle-Earth. What results is a thoroughly satisfying ride of a tale, framed in Tolkien’s awe-inspiring classical language.
Some people may look at The Lord of the Rings and see simply fantasy – something that, no matter how good the author is, is still invented, contrived, make-believe. How could anything in the fantasy genre compare to the power of true-life stories, of things that are possible and doable?
To this I can only answer that sometimes pretending is necessary to gain understanding. When pushed to its fullest limits, the genre of fantasy allows writers to explore possibilities that might never be possible in real life. Would you split your soul into pieces if it guaranteed you immortality? Would you turn away from immortal life for someone you love? Could you bring yourself to destroy your enemy’s greatest weapon if keeping it gave you limitless power?
And then – lo and behold – by exploring these questions we circle back to possibilities that are more “real.” Would you take another’s life to save your own? Or would you be able to die for someone you love, or something you believe in?
It’s a fact that humanity has a very contradictory nature. We run from things that scare us, but we’re willing to walk into certain death if it means protecting what matters. We’re capable of killing but also of saving lives. And so on, so forth. What a puzzle! Sometimes, you need to look at these concepts in a different context, removed from the here and now, in order to understand them more clearly.
Fantasy fiction provided such a context. And The Lord of the Rings exemplifies the genre of fantasy fiction.
Now, for those who may not be too excited about the length and scale of the books, my suggestion is this: watch the first movie, The Fellowship of the Ring, and then read the books. This way, you will have enough understanding of the plot to tide you over to the beginning of The Two Towers. And don’t give us if the second book also seems to lack action. Instead skip to The Return of the King, which I assure you will not disappoint. Once you’ve read the books, you will be able to go back to the movies and see them in an entirely different light – as a masterful interpretation of what many see as one of the best epics of all time.
At least, this worked for me. 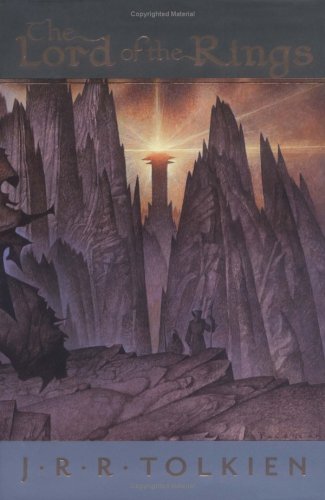 Favorite Quote:
'Unless you try to do something beyond what you have mastered, you will never grow.'

View profile
this is the best review of the Lord of the Rings I've ever read. I agree completely with you, about everything you said. This and C.S.Lewis' Chronicles of Narnia are my favorite books. Fantastically written, well done.
Shambler92 PLATINUM said...
on Mar. 26 2010 at 5:55 pm
Shambler92 PLATINUM, Buenos Aires, Other
37 articles 0 photos 65 comments
View profile
LOTR is one, i think, of the greatest novels of the past century, yes, alongside Ulysses and The Magic Mountain or even East of Eden. I don't consider it a "fantasy novel" do you consider the likes of Beowulf or the Kalevala or William Morris' Story of Sigurd the Volsung as fantasy writings? No. it is something else, almost as if Tolkien wanted to write his own view of all those stories into one massive one.