When Marnie was there | Teen Ink

When Marnie was there

When Marnie was there is a beautiful book written by Joan G Robinson. This book is about a foster child Anna, who feels that her foster parents love her only because of the money they receive from the government to look after her. After an asthma attack, they decide to send Anna to their relatives who live in a village. Anna's foster mother's relatives are very friendly, but she still feels lonely. Ever since she steps into that village, she dreams about a beautiful blonde girl who gets her hair harshly brushed. After some days, she finds a beautiful marsh house on the other side of the staithe. She always goes to the staithe and starts drawing the marsh house. In some way, she finds herself entirely drawn towards the marsh house. One day she stays up late, and the thought of exploring the marsh house strikes her. She then finds a boat and starts rowing towards the marsh house. She finds a girl whom she thinks of as imaginary in the beginning. They start meeting every day with a promise of keeping their friendship a secret. They share each other's secrets, problems and anguish. Anna tells her that she hates her biological parents because they died, leaving her an orphan. Marnie tells Anna that her father is always busy with his work, and her mother is always travelling and partying. Sometimes Marnie's parents come and host lavish parties, then she would be having the best time, but when her parents are gone, she has to stay with two maids and a nanny who punishes her by combing her hair. The maids love scaring her by taking her to the windmill. Initially, Anna thinks that Marnie is the luckiest girl but later understands that everybody in life faces difficulties.

One day as Marnie and Anna play along the staithe, Marnie's cousin Edward arrives at marsh house, and Marnie bids goodbye to Anna and goes to meet him and disappears for a few days. And then, one day, she comes back and starts talking about the windmill and ghosts. Anna dares her to go to the windmill, and once they reach the windmill, Anna starts losing consciousness and falls asleep. She wakes up and finds that Marnie is going away with Edward. After that, Marnie disappears. Whenever Anna thinks of Marnie, she remembers a beautiful blonde girl with crystal blue eyes who deserted her in a scary place and ran away with her cousin at this point of the story. One day, Marnie reappears through Anna's window and says how sorry she is about what happened. She thinks they should make up as she is sent away and says she always loved her.

After Marnie disappears, a family called Lindsay's moves in. Lindsay's children are always curious because they find Marnie's diary and imagine Anna to be Marnie. Finally, they approach Anna and ask her about Marnie. The children and Anna get closer and discover many secrets about Marnie. One day an older woman, who is a relative of Lindsay's, arrives and claims that the house belonged to her friend Marnie also called Marian, who was lonely most of her life as her parents were very busy, married her cousin Edward, gave birth to a baby Emily, but couldn't look after Emily as Edward died. She sent Emily to boarding school. After coming back, Emily refuses to accept Marnie, runs away, gets married, divorced, and dies in a car accident after giving birth to a baby. Marnie takes the child and tries to live for her but dies with the guilt of not taking care of Emily. When Lindsay's children ask the old woman the name of Emily's child, she replies, "Anna".Tears drip out of Anna's eyes as she realizes who Marnie is.

When Marnie was there is a lovely novel. The strength of the friendship between Anna and Marnie is fantastic. This book was shortlisted for the Carnegie medal in 1968. The author Joan G Robinson was a mediocre student. Her childhood inspired this story. The village of Norfolk inspired the settings of this book. Thirty years after this book got published, a Japanese man came looking for a fictitious town. This book became more popular after studio Ghibli animated it.

There is a lot of warmth in this book. As we travel with Anna, we first notice that Anna is much of a loner, but as the story progresses, Marnie becomes her friend and shares her misery. Once Anna realizes that her life is much better than Marnie's, she stops feeling lonely. We cannot enjoy the book if we dive into the details, like whether Marnie is a ghost or an illusion. Many people opine that Anna might have schizophrenia, with which I can't entirely agree because whatever it might be, it cured her and made her a better person. 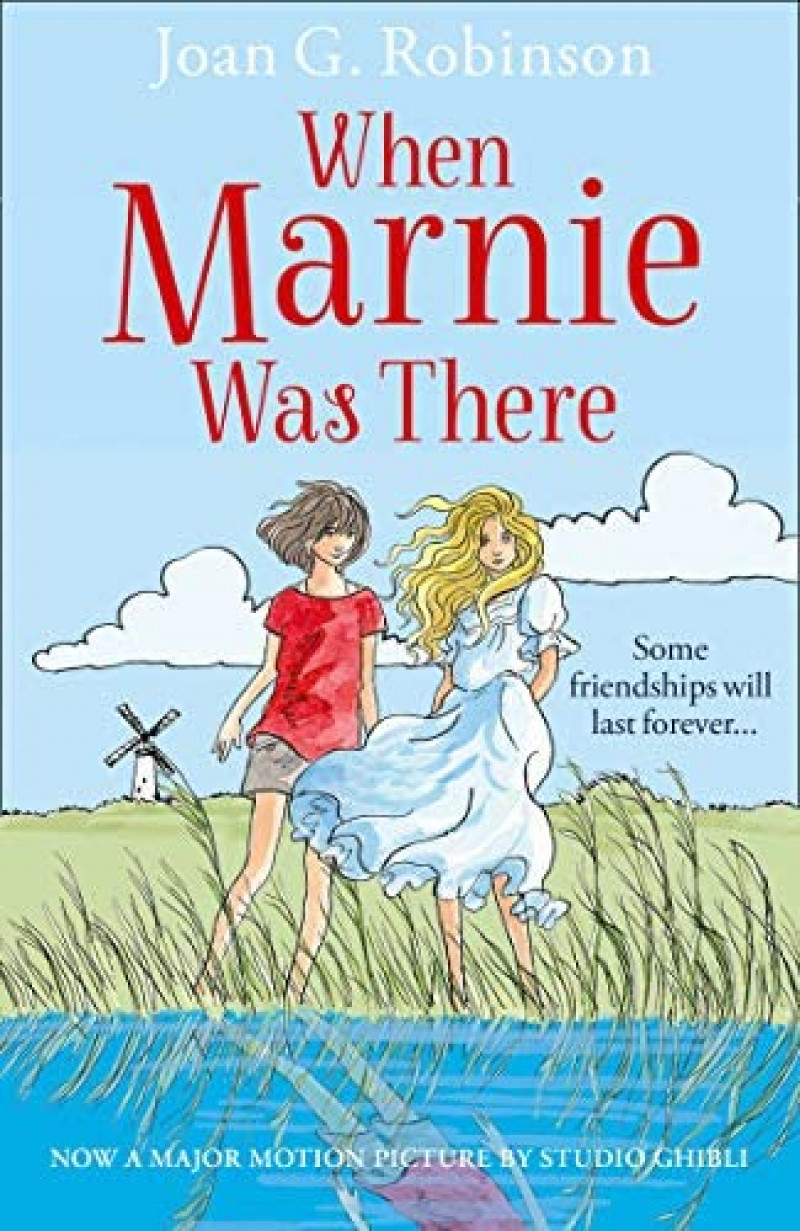