Favorite Quote:
"To live is the rarest thing of all. Most people exsist and that is all." ~Oscar Wilde
"I am a writer quite by accident, the way one my fall and rip a hole in their jeans." ~Blogger H. B. Sachs

I was raised in a world where the rules were different for women.
Where the sign of an accomplished woman
Was to have dinner on the table when her husband walked through the door.
To have the laundry and sweeping finished so that she could spend the evening at her husband’s side.
Hearing how his day went.

I was raised in a world where a woman’s submission was a synonym for love.
And sex was something to please a man. A sign of respect.
A sign of obedience.

I was raised in a world that told me I needed a husband to be happy.
That a job was something I had only until I found a spouse.
That college was only a backup plan.

I was raised in a world of judgment,
Where, when I suggested that perhaps I wanted a career,
I was met with blank stares and laughter
Where, when I said that I wasn’t planning on homeschooling my future family
I was met with frowns and tongues clucked in disappointment.
I was a disappointment.
The way that I has somehow managed to come out of this world
A woman.
Not a wife or a mother. Not a baby making machine.
But a woman;
Who believed in the partnership of marriage
And the end of the patriarchy.
A woman who believed that a man
Shouldn’t shackle his wife to the stove
With his expectations.
That just because a woman isn’t pregnant or passive
Doesn’t mean that she is a failure as a wife
Or any less valuable as a human being.

I was raised in a world that teaches little girls
That they need to be pretty to please their husband.
That they cannot meet their potential without a man at her side
And a baby on her hip.
They raise girls to stand in front of mirrors, ashamed of their figures
Shaving off pounds with every meal that they skip.
Trying to be a “proper woman”.

I was raised in a world of silence.
Where I was told to speak only when necessary
Well it is ALWAYS necessary.
Because somehow,
I was raised in this world,
But in the midst of all this silence
I found the voice to shout. 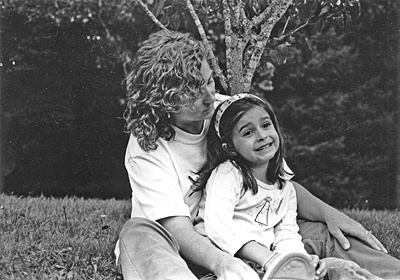 Favorite Quote:
"The city looks so pretty do you want to burn it with me?"- Hollywood Undead

Favorite Quote:
"Never let the odds keep you from doing what you know in your heart you were meant to do." H. Jackson Brown Jr.

Favorite Quote:
"If you build your house far enough away from Trouble, then Trouble will never find you."

"Have you ever looked fear in the face and said, 'I just don't care.'?"

Favorite Quote:
¨the difference between promises and memories, is that we break promise and memories break us.¨