Golden Ink and Going Back

I was a good Belle, too
(Back when I hadn’t picked up a book
Except for the blue one with the golden pages
Brimming with witches and fairies and magic)

I wanted to be a princess, back then
They were the ones who always found love, at the end
I wanted to be Wendy, too
Because she wore a blue nightgown and learned to fly
Now, I’d rather be Peter Pan, honestly
Because he managed to swerve this whole ordeal of growing up
(And maybe a little because of the flying)

Now, I just want to go back

Because how can a word be bad?
When it lulls you to sleep every night
And whispers promises about kingdoms far, far away
How can they be forbidden you?
When they are “happily”, “ever”, and “after”
And at that, you doze off peacefully
With the knowledge that a pair of arms will greet you in the morning
Instead of the blaring of alarm clocks ripping you from your dreams
Dreams of giants and fairies and kings and queens

And then you’re thrown out

So you go out wearing high-heels
Go out with high expectations
Go out and move to a city with higher buildings
Where you’ll have high self-esteem
Because it’s high time you hide your feelings and name a higher price
Where you’ll be yelled at “Go out!
Go out and get a job!
Go out and bring back money!
Go out and live the life you want to live!”
But then you whimper
Ever so quietly
“I want to live in the fairytales”

But you go out anyway
Go out and get married
In the hope you’ll find your love story
Fresh off the printer and the ink still wet
You go out and have kids
In the hope Peter won’t skip over your house
Like he did when you were still young
One day, you’ll go out and discover you’re old
And your only hope at starring in a fairytale
Is as Granny
Lying sick and surrounded by her little Reds

And maybe I still have time
To lose myself in the fairytales
But time runs out
And the ticking crocodile’s clock might one day stop
And I’ll be thrown out of the Lost Boys’ hideout
Or I’ll go out to buy milk, one day
And when I turn around, blink
Neverland will have disappeared
Or I’ll have taken one to many showers, and blink
All the fairy dust has washed off 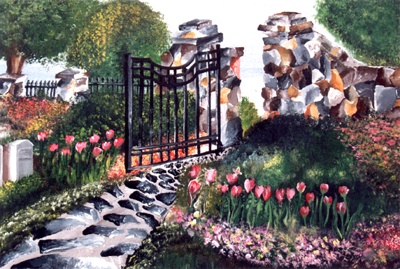