The act of being is something that I have never
Been accustomed to; I always get the feeling that
This world can't hold me down among the feeble
Minded people that seem to engulf me day in and
Day out. Dealing in absolutes has never been my
Bag, yet the gray areas, the maybes, the hypotheticals,
The what-ifs and the possibles have always been
A little bit more accessible to me. I never really
Knew why, and in all honesty I still don't know.
Maybe it's just my nature. Maybe it's just a phase.
Maybe I'm using maybe too much and people will
Eventually get sick of it. I'm sure there are poets and
Writers in the field that always delve into the mystery,
And I don't want to fall into the trap of being a complacent
Poet in a cage, where I'm limited; nor do I want to be
Completely uninhibited, for the absence of rules and patterns
Creates chaos. Somewhere in between lies risk. Somewhere in between, lies. I might be lying to myself. The human realm
Of thinking might be an inhibition in and of its existence. Studies have
Shown that we as beings only use ten percent of our brains
And since those studies have been released the scientists at
The far end of the spectrum have been wildly grasping at straws
As to what the human mind and body can accomplish if one were
To reach the fabled eleven percent Line. I'm sure some poets already
Have passed that Point already, in fact the Line is a dot in the far reaches
Of the rearview mirror (so to speak) in the poet's imagination. If we are
To understand others, we must first understand ourselves; we must expand
Our viewpoints and horizons. This, I believe, is what writers do. They take
Everyday situations and make them magical, or look at thoughts that
Everyman has had and make them the deepest thinking that anyone could
Ever dream of. I just put a preposition at the end of a sentence. Shows how
Concerned I am with grammar. Shows how concerned most poets are with
Grammar. We Capitalize in the middle of Sentences. We Capitalize
In the middle of normal. The muddle of abstract that hovers over (o'er)
My conscious seems to enjoy the dark surprise when people get a shock
Out of convoluted structure and ridiculous notions that change
Halfway through my works, and that's how I like it. I think in order to
Create art, one must never stick with what is comfortable and
Safe to sate the hate of the opiate of the irate masses with separate
And conjugate Watergates of originality. Rhyming spree. All of this
Applies to me in the sense of lack of conformity. I will never buy
Pilates or yoga DVD's to Get! Fit! FAST!; that is to be normal, nor
Will I delude myself in thinking that my works will last any longer
Than a millisecond in the Depths of a reader's
Psyche. I help people escape, even for an instant. There it is, waiting.
Open your eyes and step back into the world. 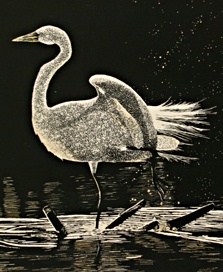 Favorite Quote:
"I shoot for the moon but im to busy gazing at the stars"

Favorite Quote:
"I shoot for the moon but im to busy gazing at the stars"

View profile
Wow thats alot. but its so weird cuz i was thinking about
"poets" this morning, weird i came across a poem that happens to be about poets/poetry
mellow_melon PLATINUM said...
on Dec. 7 2009 at 6:17 pm
mellow_melon PLATINUM, Jefferson, Maryland
41 articles 14 photos 67 comments

View profile
'Tis Awesomeness, no less! This is BRILLIANT!

This is absolutely brilliant.

I truly escaped reality for a minute while reading this.

You are a genius, my friend.