(1)
It was a strange sight,
And then only peculiar—you see,
I figured it must be phenomenal—
The golden brown particles whisking
In light and dark, specks and particles,
Worlds
Spinning round each other.

It was phenomenal,
And then I could breathe again;
The trance was transitive temporarily.

I peered into the cabin
To see the mother strike the boy
And
See the boy run away. He returned a few minutes later,
Sullen and apologetic, and though he sat in her lap,
They refused hierarchies for the moment,
And let their scents merge.

(3)
Boroughs underneath, without our regulation of structure,
Have reached about fifty feet
Below fifty feet below us. And can we marvel at the dunces
Of soil? Do we try the archetypes for utopia?
The place is frivolous, but White Man’s Burden
Places the ideas of cursed manifestation:
‘Refrain, and pull your shoulders inward, towards you.’

The underlined place knows the worlds’ hollowness,
And with it, faults may try the temptation of the mole rats,
But they understand by now the equality, even between feet of soil.

(4)
Two soldiers befallen in the no man’s land in one moment
(Yet that thing is impossible, it is thought it must be).
They both fell in strange ways, amongst metal and rough particles.

I hear music, as I look straightforward. This helmet,
This suit is not on me right now, I do declare,
As I read literary epics; Gone with the Wind, Atlas Shrugged
Pause timeslots in gimmicky periods of rooms.
I don’t wanna blink now, there is no time for this.
I am crying for the last moment that is coming the next.
But the smokes must be smelt and trenches occupied.

(5)
I believe I remember
Sighting a porcupine
And a snake, facing it off,
Yet I could swear it was serenity
At that one moment
Between the two.
My shrugs did not assuage me.

The pools of despair are grasping to us
But ever so always leaking away
Into bottomless falsity.

(6)
Always might collisions cry,
And the underlining of its soul
Has the fanning paper straps for perpendicularity.

Because of the morning drowsiness
I did not take awareness. And titular titles
Announced me for trial. Foreclosed were your assumptions,
Though wit was not ever a gift to cherish inheritance.
Only hands are to be raised for accusations,
But I won thereof in your ultimatums and mine,
Our squinting brows, jubilance, and years notably attained.

(7)
There is a time of sorts for shrugging your shoulders now,
Although I cannot be too sure what is left to doubt.
I disclaim I have been everywhere, but I do declare that things have come to me
Fair and square. This finale is such a shine to my eyes; it cannot last long.
But the wrinkles on my skin, I feel them rippling, mixing and feeling.
My eyes will not stay open long in the stunted position of death,
But with frontiers disclosed to me, there is only ephemeral vigor.

The locks and chains of time
Never existed; or else they stood
Floating in midair, laughing at our stillness. 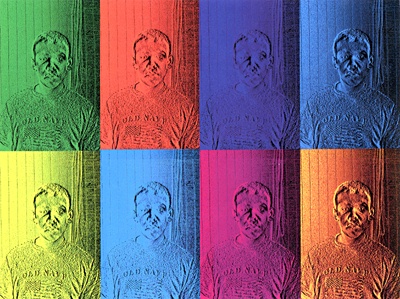 The author's comments:
One of my greatest in a long time.
Post a comment
Submit your own