We humans are made from one cell. In our mothers tummy lays one cell at first. In that one simple cell lays everything; from the way we look to our personality. A cell is probably as big as one little grain of salt. It’s microscopic, yet we depend on it. We depend on this one cell. I find that so fascinating! Everyone is so different. Nobody is alike. There are similarities, but never a true match. Each cell is completely different. I don’t know what you believe whether it’s God, science, or Buddha. But whatever that higher power is, it is genius! Nobody in this world, not even the smartest men or women, could do that. Nobody could sit there making people forever, deciding their future, their struggles, and their appearance, their personality, without either a mistake or getting so lazy that people get worse and worse over the years. Although, it does seem like we are getting worse. But I don’t blame it on the higher power, I blame it on society or the antichrist, or this air filled with evil that we breathe in, take into our lungs and let take over our lives. When is the last time you saw maybe a 4th grader not know what sex was? Or even a little child that has a cell phone or a boyfriend? The world has certainly progressed but in another direction. I’m ashamed, to be apart of this. I mean I’m not perfect I make mistakes, but when someone younger than me has a worse mouth than a sailor, and half of their parents don’t even care that’s a little frightening. Or you’re in 5th grade and you’re already titled a w****. If the world truly ends in 2012 I’d understand. Whatever higher power you believe in, I believe in God so he will be my example. I understand why He would want to destroy this world, he created such a marvelous place for us, it’s not exactly perfect or the way you want it because of this evil. It has gotten so bad that I don’t even want to think about the future, and what will happen. Right now we are telling children, there are no boundaries, no limits, you always want more, nothing will be good enough, that and that is cool. By doing the right thing in life, it will get you the title of being a loser. I don’t know, but this world has already falling apart. We aren’t even trying to make something out of the pieces. In that tiny cell that made us is tiny bit of good find its uses it and pass it on. 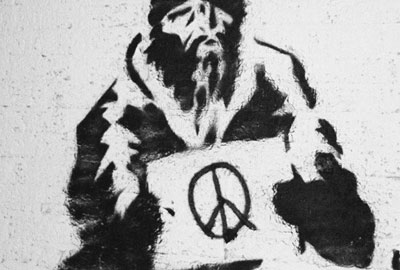 Favorite Quote:
Everything you have will someday be gone. Even if you don’t miss it now, you probably will later. So take pictures and hide them in your memories so you can recall them later after everything that is becomes everything that was. OR I know you’re hurting, even if it’s just when you’re alone and thoughts seem to rush into your head and you can’t seem to keep them from coming in. But there can be beauty in pain; Even though sometimes it’s hard to see.

Favorite Quote:
"no one has ever drown in sweat!"