To Live or Not to Live | Teen Ink

To Live or Not to Live

Favorite Quote:
“I am so clever that sometimes I don't understand a single word of what I am saying.”
― Oscar Wilde

“You know you're in love when you can't fall asleep because reality is finally better than your dreams.”
― Dr. Seuss

“It is better to remain silent at the risk of being thought a fool, than to talk and remove all doubt of it.”
― Maurice Switzer

Even though many people today would consider it to be inhumane to watch a person live a painful life that they can’t end for themselves and believe that assisted suicide should be legalized, I feel that it should stay illegal; would it not be inhumane to take it into your own hands to end that person’s life for them. First, assisted suicide is just another way of saying murder. Next, would it not bother your conscience to know that you killed someone. Finally, life is gift why end it?
Suicide or murder
To start off, this act of indecency is only legal so far in three states in the US, those states are Oregon, Montana, and Washington, and even these states have very substantial barriers to the use of these provisions. For example, in Oregon the person must be a resident of Oregon. A physician is to prescribe medication but it must be self-administered by the patient. The life expectancy must be for a life span of 6 months or less. A written request for prescription and two oral requests from the patient are also needed for the physician to escape criminal liability, plus written confirmation by the doctor that the act is voluntary and informed. After going through this whole process, is it still worth it? Harold Donnelly, an example of a person that helped his brother end his horrible painful life, was tried for murder because he didn’t want to see his brother suffering any more. Of course his brother was no longer in pain, but Harold now has to live with the grief of killing his brother, and has to deal with a murder charge. If assisted suicide was legalized all over the world, think of all the people running around murdering each other and playing it off by saying that the person that they killed wanted to die and that they were just doing a good deed of a case of assisted suicide. Murder is murder no matter what you decide to call it.
Does anyone still have a conscience


If you assist in an assisted suicide, do you not think that afterwards your conscience would bother you just a little bit. Many people can’t even handle their conscience after they have accidently taken a pen from a bank. After all is said and done, how do you think that you’ll live with yourself with the thought that you’ve murdered someone. Many people feel that assisted suicide violates others conscience. Now a day’s many doctors and nurses may feel pressured to assist their patient even if it goes against what they really feel because it may be hard for them to watch their patient die, but wouldn’t it also be hard for them to kill their patient on purpose. Whether or not you assist a person with suicide they’re still going to suffer some, and even though they won’t be suffering any more you will because you’ll have to live with your conscience. We all grow up get old and die. Whether that is a natural process or not is up to you.
The gift of life
Life is a gift, why would you want to end it? The many others that oppose permitting assisted suicide to be legalized argue that society has a moral duty to protect and to preserve all life. To allow others to assist people in destroying their own lives violates the duty we have to respect all human life. Whether you believe in evolution or creation, we’re here for a reason and life is a precious gift bestowed upon all of us; not something to be abused at one’s own hand. There is an organization that is called Death with Dignity, they fight to legalize assisted suicide everywhere, but tell me what dignity is there in dying? 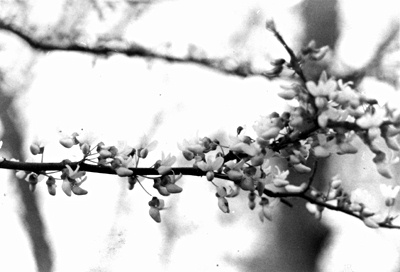 Favorite Quote:
"Jealousy is a tiger that tears not only its prey but also its own raging heart."