A handfull of classmates in my class are awfully ignorant. They are what I call ignorers. Sometimes ignoring people could be an asset if they are bothering you. Would you want to be pestered by. "Hey! Listen to me! Yo! Whats number 2?" Thats annoying if you know what I mean.

But what I'm talking about in this article is people that walk by you and ignore you. What I'm saying is that if you get hurt, lets say you broke your leg and people walk by you on the sidewalk and don't bother to call 911 or help you get medical attention.

Here's a true example of what I had in my life.. In school, back when I was 6, I fell down the stairs trying to exit the building. I started to cry, if you've guessed it, my ignorant classmates just walked by with their heavy coats and bookbags on their backs, only to bother to look at me then finally exit the building to their next destination. The only figures that helped me were the teachers and my mother. I could of broken my ankle, whats wrong with them?

I've seen many other examples of this hindrance, for example on Television there was a group of gangsters beating up a poor man. Many of the pedestrians either walked by or stopped just to glare at the beating. What is up with people?

But like I said, Ignoring people could be a good thing if it's used at the right conditions, but ignoring people while they are in pain is just plain cruel. 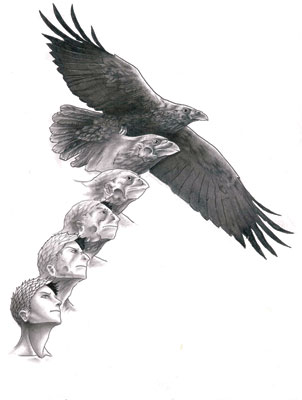