Is Affirmative Action the Only Way? | Teen Ink

Is Affirmative Action the Only Way?

Is Affirmative Action the Only Way?

Higher education is a goal that many adolescents or adults try to pursue. With thousands of universities in the US alone and no clear way to decide who gets in and who does not, a very difficult situation is created for all those involved. Some believe that the most simple way to be accepted into a university is solely based on merit and accomplishments, but that is clearly not the only way. Others believe if admissions workers were to use affirmative action, that it would allow students of color, who must work harder in life to obtain privileges and opportunities, to receive a better chance at getting into college. While both sides believe in equality, they see achievement of the final goal from different angles. I believe that because of controversies created over equality and personal opinions on discrimination an issue like this one causes many to revisit their moral core beliefs.

Affirmative action is a purposeful preference towards people of a race who are often shown discrimination that other races don’t always face. Many may say that this idea is the only way we can ever try to achieve a racial balance. I can see where they come from when they say how African Americans and Hispanic people are now more underrepresented than they were in 1980, a still very segregated time in history. They believe that balance, especially in regards to race and gender, is crucial to a healthy college environment. With this it is very important that low income students of African American or Hispanic race are given the best opportunity for further education. They believe that affirmative action is the only way to eventually achieve these goals and that it may not even be enough. In the rather ironically named article, When Affirmative Action Isn’t Enough, John Latting of Emory University says, “Rather than measuring students in a couple of dozens, we need to think about the thousands.” With this in mind I believe he is saying that affirmative action is not the kind of issue that can be done only at certain schools. It takes hard work across the world to spread equality, determination for the cause and support from society in their actions for any significant change to be made.

I understand that college admissions personnel and others who support affirmative action value balance, whether it be among races or genders, therefore we remain in agreement that the representation of all is the most important. As a grandchild of immigrants I agree that it is important that anyone should be able to have the same opportunities, therefore I also value balance especially in the times we live in where heritage is so significant. The struggles my family went through to be taken seriously and to be seen as intelligent are ones that have shown me what proper ethnic balance can do, and why it is so necessary as a steadfast value. Top universities are very competitive on every level, so I can see why it may feel like it’s necessary to even the playing field. I, like those who advocate applying affirmative action, value equality in every situation so I can see why they feel this is the way to bring equal advantages to everyone who is pursuing higher education. Now more than ever I can see why it’s important to give minorities a voice especially in a critical and social environment like college. In a case of thousands of qualified adolescents I can understand how it must seem necessary to use preferential treatment as a way to provide the help students of color may need to feel equal.

For many families the time before college and waiting for acceptance letters is an extremely stressful period. There is often no explanation for rejections from universities, other than lack of space, but when race and gender get involved it becomes complicated. While I accept the organizational desire to structure social surroundings with separation, I believe that we must fight for equality to win overall. Although the world has changed a great deal since events like apartheid, the Jim Crow laws, Japanese Internment and the Red Scare in terms of surface racial discrimination, segregation and stereotyping still exist. Everywhere in society there is judgement, whether it be from first impressions based on outside appearances or qualifications after getting to know someone. We believe that justice is crucial to adult life especially in education, which I understand is valued by supporters of affirmative action from a different position. We also hold true to the idea that outside appearances are not the most important factor to be considered. A major idea that is shared by any side to this issue is equality. Equality is a word with great complexity allowing for views to cross and more disputes to be formed. As more and more people find that affirmative action is not the only way to reach the end of segregation, fairer paths through college admissions are discovered. Even though I see why it can seem necessary for the ratio of races and genders to be balanced we still believe that no matter the context, the collegiate and academic discrimination unknowingly caused by affirmative action is not needed. I also believe that there are easier ways to tweak the equal college environment we all desire, rather than affirmative action.

In an extremely competitive world every part of someone can be criticized, rejected or accepted by all of society around them. In the situations presented by colleges these judgements are only increased. When applying to a university one takes a giant risk, but it is one that should be based solely on qualifications. With top colleges, many people of different races are applying  with unique accomplishments to set them apart from the crowd. Although it is a well known stereotype that Asian-Americans do better in academics than others, that sometimes means it can be a true one. All applicants should have to perform at the same level no matter the stereotypes surrounding them. When in the situation of more qualified people than spots it may seem that the only thing to do is make preferential decisions, but with higher education, and anything for that matter, it is not needed. Universities must require the same scores for every group instead of forcing Asian-American and White applicants to score much higher than others. In recent times it is also evident how much more qualified women can be than men, with this realization affirmative action shouldn’t be something that comes into play. Title IX, the amendment that forbids discrimination of gender in public universities, must be upheld at all institutions especially in situations of sports. As the situation is broken down more and more it seems that the only solution is to accept based on merit and resumėes. If we use these ideas as our deciding factors, the academic world is able to move closer over time to a natural balance of equality. There are no longer limits nor barriers proposed for any applicant, acceptance depends on the work put in and achievements obtained.

Supporters of affirmative action uphold equality in every element of college, similar to views of my own. Although I see the differences in opinions, both sides are desiring the best possible experience for every student. With deciding by qualifications, every group can be represented without prejudice. Instead of using gender or race as a factor offer a large range of classes to attract diverse applicants allowing the different backgrounds of others to show while still being fair to all. The largest belief that is shared between both sides, not to mention most people, is that higher education should be accessible to all.  Teenagers, more than any other age group, need the most emotional stimulation, meaning that encouragement and fairness is necessary for their protection. With choosing based on accomplishments, passion, and personal traits a healthy and enjoyable college environment is created for all.

Birger, John. “Why getting into elite colleges is harder for women.” The Washington Post 30 July, 2015. 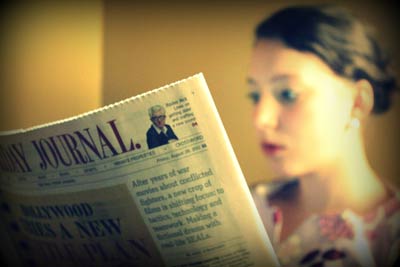