Favorite Quote:
" Your Only Out Of The Game, When You Take Yourself Out!"
-My Daddy

This Year’s VMA's Was Rocking but Some Fans weren't very pleased. Beliebers were shocked when Justin Bieber Wasn't even seen on the Red Carpet and neither was Hid Girlfriend Selena Gomez. He was nominated for three categories and was beaten out by the same band. One Direction took home three VMA Awards for the night. For Their First Year They Cleaned up pretty well, they also earned the 3rd highest tweeted moment and the most votes for New Artist of The Year. Miley Cyrus Was Shown with a Blonde, Short Pixie Cut spiked up with the side shaved short. Fans Laughed, Cried and starred awkwardly. Although she'd already proved she wasn't exactly shy, the 19-year-old singer amped up the bold look when she strolled onto the 2012 MTV VMAs red carpet, taking two major paths to "WOW!": her striking dress laced with sheer black panels and her sleek blond bouffant that showed off her partially-shaved head. And lest we fail to state the obvious, her cleavage in that plunging necklace should get a nod for best supporting role. Ke$ha was Shown in a Beautiful Black Lace Dress and looking as Beautiful as Ever.

Most Shocking Moments of VMA's 2012
Wiz Khalifa and Long Time Girl Amber Rose Announced that the couple will be expecting a brand new addition to their little family. Taylor Swift Finished Her Speech and song WITHOUT Kanye or anyone else interrupting and Kevin Hart Nipped Things in the But and the Face.

Kevin Hart: "Chris and Drake, I'm gonna nip this in the butt right now, right here, tonight."
He addressed issues ranging from Chris Brown and Drake to Kirsten Stewart and Rupert Sanders. Frank Ocean performed his Song, 'Thinking Bout You' and was ranked the number one most tweeted moment of the VMA's 2012. With tweets like, "Frank Ocean Makes Us Cry" To "Frank We Are ALL here for you."

Rhianna shared a hug and a kiss with former Boyfriend Chris Brown when she won award for Video of the Year - For Song 'We Found Love'- and Drake was seen just a little squirmy when the hug took place. Nicki Minaj was seen looking upset at the Awards and then blows EVERYONE away with her performance with Alicia Keys.
With a night of surprises and a night or beauty and spunk, the award show was closed with an artist that hard worked so hard for this moment and for her first time revealing a new single on the VMA’s she did a exceptional Job. Releasing her New Song, ‘We are Never Getting Back Together’ Taylor Swift rocked the show. Wearing a pair of black shorts, red stripped shirt and Red Toms she danced around the stage and had everyone dancing and smiling and even had a special boy smiling. Taylor Lautner was seen smiling and even blushing just a smidge? When her Performance Was over the Crowd cheered for her and she took her final bow. The show was ended and what a show it was. 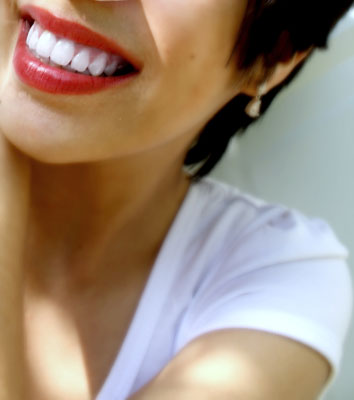 The author's comments:
I watched the VMA's this year and thought i would TRY to write a cool review, hope you like it lol
Post a comment
Submit your own

Favorite Quote:
"We were given two hands to hold, two legs to walk, two ears to hear, and two eyes to see; but only one heart because the other one was given to someone for us to find." ~Unknown