Imitation of Black Hairstyles… Is It Flattering or Offensive? | Teen Ink

Imitation of Black Hairstyles… Is It Flattering or Offensive?

Bo Derek, The Kardashians, Katy Perry and many other celebrities have all received criticism for wearing black hairstyles such as: Fulani braids, Cornrows, Bantu knots, and more.  To some, it may seem uncalled for since “they’re just hairstyles”. But the problem lies less with hairstyles themselves and more with the double-standard that black people face when it comes to their hair.

Black people are often accused of “making a political statement” or “being unprofessional” when it comes to their natural hair.  But when it's flat ironed or they wear a weave they are labelled as "being ashamed". As a black female, I have had many instances where my thick, coily hair has been criticized and ostracized.  For either being in its natural state or in braids which serve to protect my hair from the elements. Yet, celebrities who wear their hair in the same styles receive praise for the “edgy look” it gives them.

There is nothing wrong with using other cultures as inspiration for style.  But, the lack of acknowledgement in regards to the sources of the style is a problem.  That lack of acknowledgement makes their actions cultural appropriation. Which is the, “ adoption of the elements of a minority culture by members of the dominant culture.”

Hair is a vital part of the black identity. Today's styles have roots in African culture where, "...braid styles and patterns are a way of distinguishing the different tribes, marital status, age, wealth, religion and social ranking." states hairstylist Tamara A.  Many styles offer both expression and protection for black hair.

Getting your hair braided by your mother or relatives is one of the oldest memories a black child will have.  Some of my best memories were spent between my mother's legs while she braided my hair. The act of teaching children how to braid and maintain their hair is a tradition valued highly in black society.

In recent years, there have been a large number of cases where black people have been punished for their hair. An example of this was the treatment, twin sisters,  Deanna and Mya Cook received after refusing to remove their box braids. Whose mother informed newspapers that her daughters were, “forced to serve detention an hour before school starts each day, and nearly an hour afterward.” The sisters were also kicked off of their sports teams and banned from prom.

Box braids are a common form of protective styling in the black community because they last a long time and are manageable. Kimika Hudson explained  “...it is its morphological difference in elasticity and comb-ability that causes Afro-textured hair to have different needs. This curly disposition leaves the hair more susceptible to breakage. “ Since, black hair is breakage prone it is extremely important to put it into protective styles so that it can remain unmanipulated. This means that in addition to disrupting the Cook sisters’ learning and social habits, they punished them for taking care of their hair as well.

Instances such as these highlight the lack of general knowledge people have when it comes to black hair.  This lack of understanding leads to far more problems that hair should cause. As well as, make it easier for people to mimic black hairstyles without fully realizing their cultural significance and history.  There needs to be greater efforts made crediting black hairstyles and their origins. Because they are more than just hairstyles they are our history. So next time you see a celebrity rocking cornrows ask yourself  “Where’d they get the inspiration?” 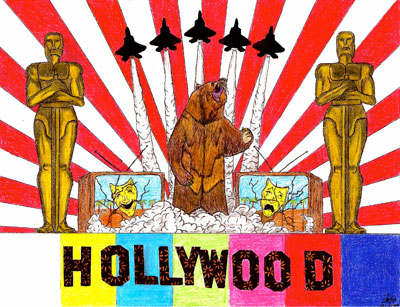 I was inspired to write this piece because it is a topic that I am passionate about and feel that many people don't even reckonize it as an issue.

papigray said...
on Jun. 15 2021 at 12:37 pm
papigray, Oklahoma City, Oklahoma
0 articles 0 photos 4 comments
View profile
ya... no
Mekhigould BRONZE said...
on Jun. 4 2019 at 8:48 am
Mekhigould BRONZE, Newcastle, Delaware
1 article 0 photos 1 comment
View profile
This is a very good article. It is very hard to be a black women in our society, and for you to give a better understanding of our culture is great ! I agree that everyone should be treated they same ,no matter what style of hair they have . I applaud you for making this .
Janes1msu said...
on Jan. 15 2019 at 11:44 am
Janes1msu, Chicago, Illinois
0 articles 0 photos 1 comment
View profile
This is a great article, well put and eloquently stated. Thank you for composing and he pride and honor you have for being a beautiful black woman passionate about educating the community of our excellence. 👸🏾