Big Brother Will Not Watch Over Me | Teen Ink

Big Brother Will Not Watch Over Me

Is Big Brother watching you? Who is to say for sure and to what extent; albeit in present day, the potential existence of Big Brother, as depicted in George Orwell’s 1984, conveys a truly haunting and thought provoking moral and ethical conundrum. In today’s society, citizens around the world struggle to comprehend and come to terms with the reality of 1984’s real-world implications. Overall, I believe that the idea of government officials monitoring its citizens’ movements and conversations without probable cause frightens people the most; it is certainly what concerns me. While I do worry about how we are being monitored; I am more concerned with the idea of being scrutinized at all. This concern is understandable considering that the United States of America is presumably the most “free” country in the world, but with the advent of the technology boom, combined with acts of terrorism on domestic soil, as so many people are asking today, is the possibility of Big Brother’s intrusion present in today’s society? Just how far does “his” reach extend? The ideals that this country was founded upon; life, liberty and the pursuit of happiness, are slowly being revoked, though mostly with no overt notification to our country’s citizens. Is the United States government being truthful regarding privacy issues? If we suspect an invasion of our privacy, would it seem logical that this intrusion reaches far beyond our suspicions? These thoughts definitively fuel the fire in the speculation that is arising regarding our society’s shift into a 1984-esq world.

In 1982, Paul Haack published the article, “Is Big Brother watching you?” The premise of the report focuses on the potential for a 1984 world to become a reality. Can the conditions that led to 1984 be “resisted or prevented? Can public understanding and awareness of power potential preclude its abuse? Can heightened values consciousness strengthen the freedom and ability to choose wisely?” Even in the 1980s, when technology was limited in comparison to today, citizens still questioned if their government was truly trustworthy. Personally, this raises my concern to a new level. If citizens thirty years ago were concerned about Big Brother, imagine how powerful Big Brother’s reach is today. Potentially, there could be hidden microphones and cameras throughout our homes or on the streets, and in our favorite stores and places of recreation. It is already apparent that cameras are indeed in stores and on the streets; these devices can be seen with the naked eye. Is it therefore inevitable that we will soon bear the risk of going into our bedrooms and being watched because Big Brother fears that its citizens could plan a terrorist attack? If I cannot have privacy in my own home, what is the point of living in America? Generally speaking, most Americans live in the United States for the sole purpose of having absolute freedom with reasonable governing laws. I do not believe that watching me while I am in the privacy of my home can be justified. If there is reason to believe that I am a terrorist, by all means, show evidence, obtain a legal court order and search my home. However, the government must have reasonable belief before it intrudes upon its citizens’ privacy and potentially incites panic and fear within the populous. The aforementioned article clearly supports my own opinion, as well as Orwell’s belief, as it consistently questions the viability of having Big Brother in our society watching over our daily activities. Therefore, it gives me great cause for concern that over thirty years ago citizens were worried about the possibility of government surveillance; while the technology of today has grown exponentially, this in turn, could lead to further intrusion on our privacy.

In today’s society, the United States is not the only country where Big Brother has emerged. A number of other countries around the world have begun to resemble Oceania as depicted in 1984. In USA Today, China’s emergence into a more totalitarian country is addressed in detail. As noted in the article, in 2013, “China jailed a journalist for sending a text of a Communist Party memo to a foreign website.” Even more alarming, the American company, Yahoo, has cooperated with Chinese authorities in order to conduct business there. From my perspective this is highly unorthodox and entirely disconcerting. If American companies alter their business practices in order to accommodate the requirements of foreign nations, who is to say that they will not allow or promote more intrusive surveillance within our own country? Furthermore, if corporations allow the government to install listening devices in their own offices, or if drones are utilized to physically track and extinguish potential criminals without due process, soon enough, these surveillance mechanisms will infiltrate every aspect of our community, catalyzing an even larger invasion of privacy. Just where is the line drawn? It is interesting to note that China’s restrictions, as well as the extent of privacy intrusion differs from Orwell’s with respect to its severity. In China, foreign products are permitted. While Western goods are limited, they are still allowed in the country. In Oceania, any foreign material was strictly prohibited. Additionally, any memory of foreign material was obliterated and erased from all written documents. Orwell may have been correct, as exemplified by China’s intrusion into its citizens’ lives, it has progressed into a more “Orwellian” country, and perhaps the world may potentially follow suit. Personally, this is not a pleasant possibility to contemplate. I do not wish to sit in my home and wonder if I am being watched, or in the worse case scenario, as revealed by Orwell, to actually live with the knowledge that my every move is being scrutinized, and all with the government directive that it is for my own good because I am not capable of acting in my own best interests. I do not require random government officials listening to my personal and private conversations or interfering with my life. Conversely, in an article written by Ben Rothe in eWeek, he discusses the exaggerations made by citizens regarding the prevalence of corporations that are conducting Internet tracking to monitor their employees. He claims that companies “are simply seeking to ensure that corporate IT is used for business purposes.” While to a certain extent this is a legitimate issue, there is a fine line between protecting software use, and snooping into people’s private lives. If a company deems that it is important to track its employee’s Internet search history to ensure that employees are not ignoring their employment responsibilities, this is perhaps acceptable, but that is the limit. It is important to make sure that employees are remaining on task while at work, but there is a point where the line should be drawn in this regard. In my opinion, as Orwell so eloquently implies in the novel, it is not justified to watch and listen in on people’s private conversations in the work place or in their homes. They are “private” for a reason. This issue alone relates directly to the foundation of our governing principles. If there is probable cause to believe that someone is a criminal or terrorist, monitor his activity within the limits of the law, but if there is no valid proof, then the government and law enforcement officials have no right to violate an individual’s privacy. Nor do they or corporations for that matter, have the right to invade the privacy of home consumers. Moreover, companies that track their customers via “cookies” are corrupt. It is not their business to seek higher profits by clandestinely snooping into the likes and dislikes of their customers. If respective corporations would like information regarding their customer’s purchasing preferences and history, they should simply conduct a survey. Orwell shares this perspective on a more personal and intimate level in that the government should not have access to an individual’s private journal or diary. Nor, as conveyed via the telescreens in 1984, should the government be able to watch its citizens as they go about their daily lives. It is simply ludicrous to monitor the entire populous of the United States whether it is for a corporation’s increased market share and profitability, or because the leadership of our government believes that it needs to ‘protect’ its citizens.

As time passes and technology continues to grow at lightening speed, it appears evident that Big Brother will inevitably become more present in our every day lives; however that is not necessarily the most pressing issue. The real question is, will citizens make an effort to rebel against this invading new entity? It is interesting to note that in 1984, the citizens of Oceania acquiesced to their government’s intrusion and oppression. Additionally, all thoughts of rebellion were quelled through any means necessary. Torture and mind control were far from “extreme” in that world. Personally, I refuse to allow my privacy to be invaded in this manner. My family chooses to live in the United States because it is a “free” country. Unfortunately, the ideal pertaining to the ‘blanket of freedom’ that we have lived under is slowly becoming irrelevant due to both the government’s as well as corporate America’s reign over its citizens. As time passes, laws conveniently become ignored or have been quietly altered without notification to America’s citizens. The lines between privacy and protection become more blurred. At this point, the real question remains, how much of our privacy are we willing to sacrifice for our freedom? 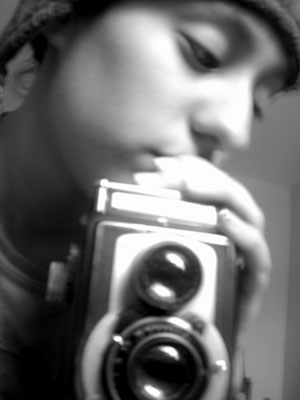